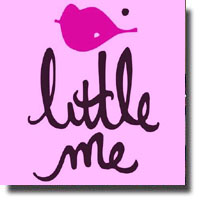 APPLAUSE! Musicals Society
Little Me Based on the novel by Patrick Dennis

When you have a musical comedy written by Neil Simon and music by Cy Coleman, you're sure to have laughs. And this indeed was a hilarious comedy. In its new downtown Vancouver venue, another rare, shelved and forgotten musical has been dusted off by Founder and Artistic Director Scott Ashton Swan.

Leading the cast, playing five different lead roles, was local funnyman and veteran comedian David C. Jones who, despite fumbling through his lines and looking for the right page in his script for his cue, still stole the show with his comic antics. His rapport with the audience with improvised asides got the audience laughing and giggling from start to finish in last Friday's performance.

Veteran Lower Mainland musical theatre programmer and multi-CTC and Ovation Award winner Cathy Wilmot played along with Jones, trying to suppress her giggles as Jones improvised. I was impressed by Wilmot's singing and acting. I've seen her in many shows and she is indeed a very versatile actress.

This theatre gem was originally written for Sid Caesar in 1962, and there were two other Broadway revivals which featured Victor Garber and James Coco (1982), and Martin Short (1998). Little Me is a zany satire on the familiar "as told to" showbiz biography. In this case, the Hollywood back-story is that of Belle Poitrine, a buxom blonde and queen of the silver screen (perhaps a take on Mae West), who rises to fulfill her dream of becoming wealthy, famous and achieving social status through husbands and lovers who meet untimely deaths.