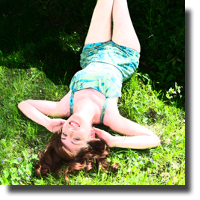 Alana Eve Burman portrays three different women who work in the entertainment media in three different eras. First, we meet Eugenia, a musician travelling with Bob Hope’s entourage in 1942. Eugenia offers a rather deranged facet of Hope’s personality. Next, and for some reason out of chronological order, we get Penelope delivering her silent movie schtick with some clever mime and absurdly precise sound effects. Last, Erica is a klutzy journalist in the early days of television news who turns the tables on Edward R. Murrow. Then, in a half-baked career move leaves the news desk to go out on assignment. Burman presents an odd mix of absurdist comedy and orthodox humour that is slick rather than satisfying. 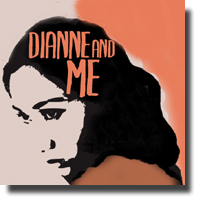 I initially picked out this show without knowing who was going to play the role of Emma. What a delightful surprise to find that it was to be Filipina singer/actor Elena Juatco. Aside from remembering her perform as a contestant on Canadian Idol TM, I had previously seen her in the Arts Club juke-box musical Buddy: The Buddy Holly Story as Maria-Elena Holly. This time she has the stage all to herself shedding the layers of Ron Fromstein mesmeric monologue as if it were her own story. On a bare, black stage dressed in simple clothes, with a couple of folding chairs and a cell phone as her only props she is incredibly watchable.

Emma is an intelligent and attractive high school student who seems to have all the angles covered. She certainly doesn’t want to heed advice from her extremely protective mother Dianne, who herself is still the right side of forty.

In the earlier part of Emma’s monologue, Juatco relates with innocent emotion her moment-to-moment encounters with a new boyfriend called Brian. But when Emma’s life goes seriously off the rails, she finds that it’s Dianne that turns out to be more generously supportive than she ever expected.

Elena Juatco is totally convincing as a spontaneous teenager and I would be surprised if Dianne and Me wasn’t selected for a “Pick of the Fringe Award.” 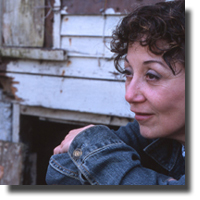 There was an encouragingly large audience for Lynna Goldhar Smith’s opening performance of Sally Lives Here that even included her former mentor Antony Holland.

Smith’s single-handed play is a bittersweet story about a faded country –blues singer, presently working as a waitress at the Speedy Chef diner. Sally “has been living in the past so long, she’s not ready for the future.” She appears on stage sitting on the floor behind three cardboard boxes to the strains of Mustang Sally (which we eventually learn as the name of her now defunct band). The boxes are marked: KEEP, TOSS and THINK ABOUT IT. Sally doesn’t appear to be in any particular hurry to fill those boxes. Though, she’s not so much procrastinating as being unable to focus on the “here and now.”

Her Aunt Phoebe, with whom she has lived since having a nervous breakdown, has to move out of her due-to-be-demolished old house in East Vancouver (likely not too far from the play’s venue). Phoebe is kindly, cigar-chomping curmudgeon who talks to her late lesbian -lover Marsha over the chandelier.

Sally Lives Here delivers equal measures of humour and poignancy and Smith offers up an excellent reading of her own writing. She has combined with Director Sarah Rodgers who keeps the show moving at an easy-to-follow pace. I did find Michael Schaldemose’s lIghting a tad distracting with standing lamps turning on and off for no discernible reason.

As the stage descended into darkness the last thing we hear is the loud crash of the developers wrecking ball - I guess Sally doesn’t lives here anymore..... 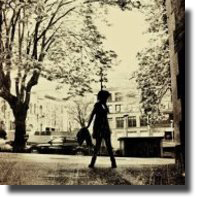 The Lady Shark Production of Crackwalker might be considered unusual fare for a Fringe Festival; a fully developed piece of theatre by an established playwright presented by an experienced group of actors. This particular mounting, under the direction of Mikal Grant has, however, has been truncated to 75-minutes to fit within a typical Fringe format.

Judith Thompson’s play about two couples who are down as far as it’s possible to go without being out is a harrowingly raw urban drama that serves as a warning to us that remain complacent about life in a moderately wealthy country. One couple (Theresa and Alan), that has both partners having serious challenges coping with every aspect of their miserable lives are destined to a life at the bottom of the social heap. The other couple (Sandy and Joe), off-and-on friends with Theresa and Alan, might almost be considered normal in the dynamic of this context, are in a reciprocating abusive relationship with very little in the future that is bright.

Jamie Chrest gives an affecting and complex performance as Theresa, the simple-minded crack whore. Though, she looks far too healthy and wholesome to be surviving on a diet of do-nuts and dope. Natalie Sharpe would seem to have the least difficult role as the hard-as-nails Sandy who has had too much heartache, but only because she is the most evenly balanced character. Dimitri Arvanitis is riveting as the brutish Joe, who makes no apology nor asks any forgiveness from the audience. As the hyperactive, intellectually maladroit Alan, Matt Fentiman does a credible job. He constantly speaks in oxymoron. However, when the story overtakes his character he becomes guilty of taking his role over the top.

Crackwalker is not always easy to watch, but Judith Thompson makes these characters wanting to be heard. Sometimes we all need to be shaken from our complacency.

I do have one complaint on behalf of all those people who arrive on time for shows. With a “No late-comers rule” why did the venue captain allow people who arrived late to traipse across the stage floor to find a seat, 5-minutes after the show had started. 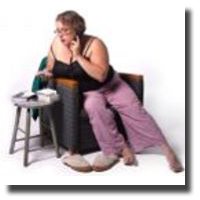 Larisa (Cameryn Moore), a frumpy fortyish woman waits for calls by the telephone in the late evening. She often works at home in loose pyjamas and comfortable carpet slippers. But to many of her frequent callers she is 28, 135 pounds and wearing a tight tank top and thong. Larisa is a phone sex operator who never gives her clients the “cold hard facts” buts finds herself having to set up their fantasy scenarios.

She’s been working at the job for eighteen months and hasn’t yet become jaded. In a casual conversation style dialogue, frequently interrupted by telephone calls, Larisa speaks directly to the audience. She talks matter of fact about both the positive and the negative issues about her work and some of the quirky role-playing she is called upon to act out. During the numerous calls, the audience (thankfully) only gets to hear Larisa’s end of the conversation, but what we hear might simply be just titillating or sometimes decidedly disturbing.