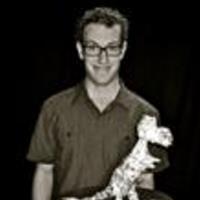 I can’t summarize this show more eloquently than one audience member did on one of the fringe Buzz Boards: “Hilarious and Heartfelt.” This one-man show from BC native Sam Mullins offered an honest and humorous account of what it was like moving to Vancouver from Victoria to break into the acting biz – with a social anxiety disorder. Anyone from Vancouver will enjoy and empathize with Mullins’ struggles to find affordable housing and deal with ridiculous rules and accompanying fines imposed by strata councils. A good fringe show not only entertains, it inspires and challenges. Tinfoil Dinosaur challenged me to consider that every person I encounter has a story of their own that I may not fully understand, even if that person happens to be my waiter at the Macaroni Grill, and that sometimes the smallest compassionate gesture on our behalf can totally change a stranger’s life. Mullins was very entertaining and likeable and while he admitted that his anxiety disorder led to many sleepless nights rehashing how his day went and what the people he encountered thought about him, it was clear that everyone who encountered him at the Vancouver Fringe Festival thought he was talented and hilarious. Mullins joked with the audience to vote for his show so he could become a “real” part of the Fringe, but one thing was clear to me as I left the theatre– Fringe doesn’t get any more real than this. 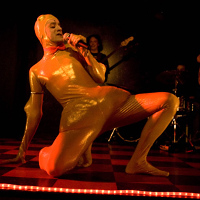 Cancer wears Converse! I know this because I had the opportunity to meet Cancer at a performance of “This is Cancer”, and hear about how the unpopular guy is misunderstood and harshly judged. This was one of the most unique shows I’ve ever seen, and not one I would recommend for the easily offended.

The production was an interesting mash-up of stand-up comedy, show tunes, and audience participation that had us laughing hysterically at some points and wiping away tears at others. Performer Bruce Horak is a cancer survivor, which gave him free reign to go places a person who wasn’t a member of the cancer club wouldn’t have dared to go. There were a few awkward moments starting out when the audience would disapprove of a tasteless joke that I feared Horak was in danger of being booed off the stage. In fact, he admitted that after one performance a man was so offended that he walked up and punched Horak in the head. Most people, however, were entertained at Horak’s gutsy material, and had a blast booing and jeering his arrogant alter-ego. It was strange, but the performance seemed to have a cathartic effect on many audience members who were obviously struggling to come to terms with the illness the show was about.

The most surreal scene was when Horak, as Cancer, encouraged the audience to call out names of loved ones who had lost their battle to Cancer, then proceeded to tell each audience member his own “memories” of that person. I thought this exercise would go terribly wrong, but Horak dealt with each audience member appropriately, intuitively offering a dash of humour or a positive memory of their lost loved one, that the audience members seemed moved by. It reminded me of one of those “talking with the dead” segments on talk shows where psychics offer to communicate with lost loved ones so audience members could finally gain some closure on their loss. It was a ballsy performance in more ways than one, but overall it was a great way to discuss a serious topic often kept behind closed doors in a creative and hilarious way. Horak offered a great deal of his personal story to the crowd, including playing poignant audio recordings of his own parents discussing their struggles. Ultimately we all left the theatre feeling recharged and ready to live each day to the fullest, because as Horak explained, unlike some causes of death, Cancer doesn’t just cut lives short, it gives us time to say goodbye. 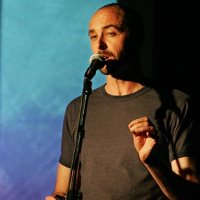 Jesus in Montana: Adventures in a Doomsday Cult

Ever wondered what life is like in a doomsday cult? Barry Smith came all the way from Colorado to share his personal account of growing up in a religious household and eventually travelling to Montana to live with Jesus himself. Smith won several fringe awards for this show in New York and Winnipeg, and is a repeat Vancouver fringe performer you may remember from 2010’s “Every Job I’ve Ever Had.” The multimedia presentation that accompanied the dialogue was quite entertaining and my only complaint is that the show almost seemed “too” polished, although it isn’t surprising that Smith that has the comedic timing down to a science since he’s been performing it since 2005. The audience really enjoyed Smith’s account and his views on religion were refreshing. Smith concludes with an interesting point – he agrees that he was silly to believe the interestingly interpreted prophecies and teachings that ended up consuming his life, but points out that we all lead our lives based on what society tells us to be true. 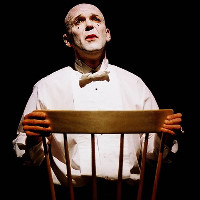 Whiskey Bars: A Kabarett with the songs of Kurt Weill

This unique production written and performed by Bremner Duthie takes place in a run down theatre dressing room and we audience members get to sit in on an anxious has-been performer getting ready to go onstage for his comeback performance. Duthie enters clad only in a towel, and as he shares his rich story with an unseen critic, he gradually dresses for the show. There is lots of on-stage action and physical comedy to observe while listening to Duthie’s words and enjoying the production’s nine musical numbers. Bremner Duthie is an insanely talented artist I would never tire of listening to. The highlight of the show for me was a haunting rendition of Mack the Knife. It is no wonder that Whiskey Bars has won several fringe awards in recent years. Duthie’s character may have had a struggle to win over his unseen critic, but this reviewer was more than impressed.