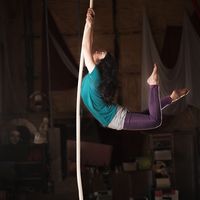 Esther De Monteflores does acrobatics on an aerial rope and at the end of the show, does the tightrope. Her acrobatics is accompanied by Meredith Hambrock's writing in the form of voice over, narrating five different moments of life, as De Monteflores through movement, sound and story, does her acrobatics. Aaron Read's music went well with the narrations: Joanna Gaskell who narrated the childhoodsegment, followed by Harrison Houde (adolescence), then Andrew Senay and Christine Bortolin (adulthood), and finally Sue Sparlin (old age). De Monteflores would go to the corner of the stage to change to different costumes indicating the different age phases. This was a short (around 40 minutes) but delightful show, and the audience clapped intermittently to show their appreciation of De Monteflores' acrobatics. 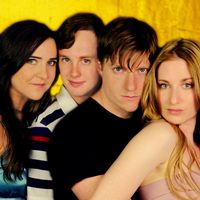 The O.C.: The Musical is a musical adaptation referred to as an "unauthorized parody" of the hit teen drama FOX series which was televised between 2003 and 2007. It's a corny plot and that's the reason for satirizing it. But I was impressed by the energy of the actors, singing and dancing. I just think, though, that they should've used microphones because I couldn't understand the lyrics as they were drowned out by the band. But the audience, almost a full house, enjoyed the show, laughing and clapping all throughout. Special accolades to playwright, composer and actor Stewart Yu who was in drag playing the role of Julie Cooper. Kudos also to veteran choreographer and director Dawn Ewen for the fabulous dances. I particularly liked the number with Princess Sparkle (Kimberly Ma) and Captain Oats (Alan Pronger). 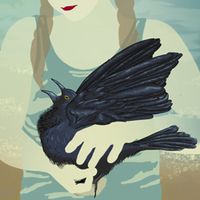 David Harrower's one-act play is a harrowing tale. It deals with current issues today: pedophiles. 40-year-old Ray (Francis Boyle) was sentenced to prison for an illicit affair he had with Una (Stephanie Izsak), who was then only 12. The play opens with Una, now an adult, confronting him about the past. Ray is quite convincing, telling Una, he still loves her. The audience at this point in the play is almost convinced about the sincerity of Ray until something happens at the finale of the play.

The acting was very good. You'd think these two actors were trained by New York's Actors' Studio. Kudos also to Director Tanya Mathivanan for a play well-directed. We've reviewed Aenigma Theatre's productions in the past (Sartre's No Exit and Albee's Zoo Story) and we gave accolades for those productions, the same way I'm doing to this one. 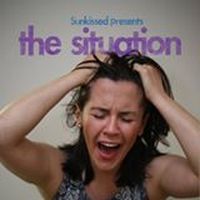 Funny. Flawless. Charismatic. These three words describe Australian actress Amanda Jane Porter's one-woman show about Sophie, an Australian girl, doing online dating, expressing her woes, her crushes, her wierd encounters. But at the core of all of these is her continued love of Jay, her one and only love. Porter describes the funny and weird encounters she's had with dates she meets online: from a hard hat who grasps her crotch twice on their first date to the vampire date who bites her lips and leaves two fang marks on her lower lip. Porter is funny, flawless and connects well with her audience. This is a must-see show. So be sure you get your tickets soon because if they're not sold out yet, they will be. It's a small venue taking in only 30 people. So go for it! 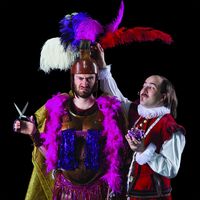 There's this cliche that Canadians are too polite and when there's something politically incorrect, they instantly apologize. Times have changed and being politically incorrect is the trend these days. In fact, in Vancouver alone, there are more non-whites than whites. So it should be the non-whites who should apologize to the whites. In this play, there's that constant back and forth apologizing about the black man in this comedy. Naaah! No need to do that.

Another aspect in this play is the word "emerging". This is a euphemism that means that they're in the process of going from amateurs to professionals. A lot of things still show the "emerging" nature of this show. For example, the cast members don't really sing; they shout when they sing. Then there's the whispering mode. I could hardly hear Harrison Mooney (Aaron) speak. Or in the case of Jenika Schofield (Lavinia), you have beautiful voice but you do need to project some more. It would help too if the band could lower the volume as they are there as backup and not the main feature. If the singers had microphones, then they could play as loud as they can.

I've reviewed this group in the past years, and they're doing great, emerging and coming closer to professionalism, under the helm of Sandra Herd, the prime mover of this company. The beginning and end songs were fantastic, and a few audience members stood in ovation at curtain call. But some of the songs in-between didn't quite hit the mark. Some of the actors were real actors, Claire Rice ( Tamora) and Kazz Leskand (William Shakespeare). The others need to emerge more. 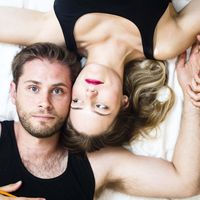 Pretty good acting from Kaitlin Williams but not a very convincing script from Mack Gordon. This Pirandelllian or Calderonian approach to fact or fiction, dream or reality, are very touchy issues. Unless you're a Pirandello or Calderon, you have to be careful about writing a script with this theme. Keep it simple. The more complicated the script is, the more confusing it gets, and the audience gets restless. It's good this was just a 45 minute show because if it dragged on for more, then I would have walked out. Too many redundant themes in the script. My advise to young emerging writers: read, read and read from the masters, from the classics. Then write. 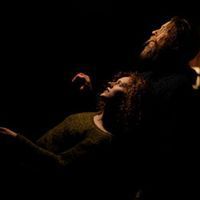 Excellent show! Acclaimed poet Ian Ferrier recites his poems as he strums his electric guitar. Acclaimed choreographer Stephanie Morin-Robert blends music, dance and poetry as Danika Cormier and Joachim Yensen-Martin do an intimate dance of search, searching each other, then searching for the heart of winter as they encounter an animal spirit, the spirit of a bear, in the Rockies. Before the dance started, a Vancouver poet, Tasha Receno, the 2015 Van Slam Grand Slam Champion, recited two of her poems. One of them dealt with the loss of her virginity. 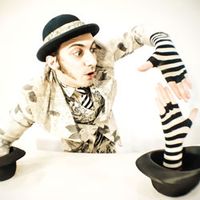 This comedy has potential, but unfortunately, on opening, they spoofed a lot, missing cues, etc. But they admitted it and made a quip saying "You're only paying half price." There were some funny moments but most of the time, because there was a plethora of props and costumes, a show like this should really be rehearsed for timing. It's all a matter of timing when you're doing comedy.; This show reminds me of the Improv company here in Granville Island where these two actors/playwrights have a knack for improv comedy. They'll probably get better in the next few days. They probably just got in from San Francisco and were not completely prepared, but with their talent at improv, they were able to wing it.