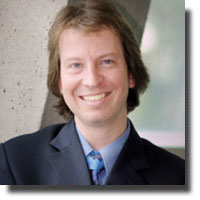 Vancouver Symphony Orchestra
Tea and Trumpets: The Music of Love

There is a warm, almost family like atmosphere at this symphonic favorite with marvelous music that truly moves the audience. Such was the case once again to the delight of the sold out audience which imbibed the sounds of a remarkably lively and diverse program.

Pierre Simard conducted with a sure hand and led a classical program featuring Verdi , Puccini and Strauss.
The always eloquent and informed Christopher Gaze, a fixture on the Vancouver theatre scene, provided re-assuring commentary. For the youthful looking Simard, the 2010- 2011 season marks his debut as assistant conductor of the esteemed Vancouver Symphony Orchestra. Simard has worked with many notable orchestras in Toronto, Ottawa, Milwaukee and Trois- Rivieres.

The full orchestra for the performance, although many, deserve singular credit and applause for the unique and beautiful talents of each member. Particular standouts included the harp, the violins which are integral to the rendering of these classics and the horn section.

One felt carried away during this performance by a melodious symphonic blend of soothing sounds. A particular standout of the performance was the UBC Opera Ensemble. This youthful, energetic and beautifully trained group of operatic singers brought a vivacious edge to the concert. This group was founded by Nancy Hermiston in 1995. Starting with only seven performers, they now have a company that numbers 70.

Once again, VSO fans were treated to a wonderful afternoon of symphony and musical inspiration.