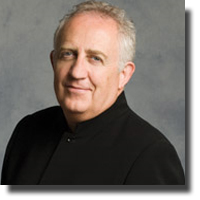 The Vancouver Symphony Orchestra hit their stride with their new season this weekend with three affecting concerts at the Orpheum on Saturday, Sunday and Monday with a selection of works by two of France’s most creative composers: Camille Saint-Saëns and Maurice Ravel.

The Orchestra got the concert started in lively fashion with a joyous interpretation of Saint-Saëns’ Coronation march, opus 117. The piece’s verve, its quickly changing meters and tympanic finale make it a hit among concert programmers and audiences.

There was a brief interruption, while stage hands set up the stage to accommodate the brand new Steinway grand piano named Kuniisii (for its eye-catching Haida art case) at centre stage for the much anticipated, yet rarely performed Camille Saint-Saëns’s Concerto Piano No.5 in F major (Egyptian Concerto). This being accomplished, Maestro Tovey re-entered the stage area, this time joined by featured soloist Avan Yu; the young Hong Kong-Canadian wearing an attractive black dragon jacket in preference to a tuxedo.

In the opening movement (Allegro animato) Mr. Yu delivered a subtle, reflective interpretation, that was full of expression. His build-up to a crescendo was technically superb, clearly demonstrating an understanding and maturity beyond his years. Maestro Tovey’s direction was equally commanding, allowing the young pianist room in playing the melody lines. Skillfully working in unison, Maestro Tovey and Avan Yu brought out the full range of exotic expression in this concerto. In the third and final movement (Molto allegro) the young prodigy showed with his incredible dexterity in building each passage of the concerto to its heroic conclusion, why he is widely regarded as such a phenomenon. At the end of the full length concerto, the audience responded with a well deserved standing ovation. Mr. Yu acknowledged audience’s applause by offering a generous encore with an étude by Franz Liszt.

The second half of the evening’s concert was given entirely to Maurice Ravel's Daphnis et Chloe: Suites Nos. 1 and 2. It was originally scored for a full length ballet, but is more often now performed as a ‘stand-alone’ symphonic work. Thanks mainly to Ravel’s brilliant orchestration, the music is incredibly evocative even without the accompanying choreography. The ballet’s scenario is based on a pastoral drama that involves a motley mélange of shepherds, nymphs, pirates and even a god.

The maesto's affinity to this music was clear and the orchestra showed no signs of languor after a summer hiatus. Vancouver concert-goers can certainly look forward to another fantastic season of great music.