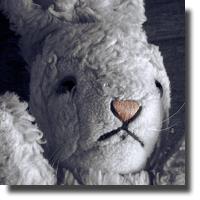 Opening night: Wednesday September 19th: First of all, for a member of the audience, to enjoy this performance, they must be a conceptual thinker and listen closely to the script that is being narrated by Carmen Aquirre or you may not ``get it.``

The Playright, Nassim Soleimanpour is from Iran and it is poignant that he is not present tonight because of his political circumstances but there is a chair reserved for him in the front row of the theatre. Many of the analogies that he makes through the use of animated creatures are to make us see the hurdles that he experienced and has to overcome in his country. Soleimanpour finds freedom through the use of the internet. In his isolation he makes certain that the audience is given his email address.

Each evening`s performance will have a different actor do a cold reading of the script. The actor has not read it before and must therefore follow the instructions in the script. Some of the instructions require pulling audience members up onto the stage to be some kind of fuzzy creature. One fuzzy animal in particular was a Red Rabbit and to my horror, it was me, the reviewer. The animals take on false identities. No one is really an ``Ostrich."

Carmen Aquirre put animation to her words and she made the script came alive. My whole perspective of the performance changed drastically of course when I was no longer an audience member staring at the cast on stage but now a Red Rabbit being stared at by the audience. They say that standing in front of an audience is the number one fear that people have. It didn`t bother me of course since I was after all a Red Rabbit and that fear is only a human fear. So if you go to this performance of White Rabbit, Red Rabbit please be prepared for a new perspective. You never know where you might find yourself in the theatre.

Soleimanpour wrote this script in 2010. The reading of it gave me the feeling of time travel. He was directing the play from another time and from another country. It was now being played out at a future time which was tonight, September 19th, 2012. Soleimanpour even mentioned that he may not even be alive when his script is being acted out at that future time of its reading. Now that line certainly made me think.

I could see human traits in the rabbits such as favoritism of one rabbit over the others. One rabbit`s accomplishment causes animosity with the other rabbits especially if he is now adorned with a red marking so that he stands out from the rest. The rabbit must cover its ears in the theatre for fear of being chastised. There are many subtleties in this performance and you must see beyond the lines and in between them.

This is not a fast moving exciting play but one that gives us a window into the life of someone far away and in a different time. What is freedom?

The Clutch Theatre is a wonderful, comfortable big old theatre on Venables just off Commercial Drive. It`s an opportunity to become a rabbit and see a perspective of life in another country.