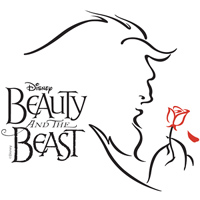 Theatre Under The Stars
Beauty and the Beast music by Alan Menken, lyrics by Howard Ashman and Tim Rice, book by Linda Wolverton

Walking through Stanley Park’s stunning rose garden with a backpack full of rain gear (the evening’s performance was shaping up to be less ‘under the stars’ and more ‘under looming rain clouds’), all sorts of theatre lovers were waiting to enter Malkin Bowl for the performance – young couples on dates, excited children and parents, and older couples hoping to enjoy a uniquely fresh-air experience.

Originally produced by Disney (with music by Alan Menken), TUTS’s production of Beauty and the Beast stayed close to the cinematic version – featuring the same songs, words, and even the same whimsically cartoonish gesticulations from characters. The performance began with an enchanting portrayal of the back story we are all familiar with: a selfish Prince turned into bewitched Beast. With flashes of light, dancing woodland sprites, and some stage magic, the vengeful Witch cast her spell on the dainty prince, who drops from the castle’s roof and bursts from the cardboard castle a hulking monster in royal attire. In his debut performance with TUTS, Peter Monaghan plays the beast competently, hulking broodily throughout each scene.

The story moves forward with Belle, the beautiful yet socially unconventional daughter of an eccentric inventor, in a village that values the status quo and shuns the uncommon. Jaime Piercy plays the part of Belle endearingly, and her singing is heartfelt and precise. Dane Szohner is brilliantly cast as the handsome jerk Gaston, flexing robust muscles and singing with impressive bravado. Lumiere and Cogsworth (played by Victor Hunter and Steven Greenfield, respectively) were excellent as a comedic duo. Cogsworth the uptight butler-turned-clock sported a moustache reminiscent of John Cleese, with the same dry, grumpy humour. And Victor Hunter was the MVP of the show as the French caricature Lumiere – punny, whimsical, an excellent physical comedian.

Every single performer from the smallest, youngest dancer to the village fool (Gaston’s side kick Lefou played by Nicholas Bradbury) brought an element of heart and talent to the stage, and the highlight was definitely “Be Our Guest” where everyone joined in - including some incredibly talented young dancers doing back flips, Russian dancers, and some very skilled and graceful ballerinas on pointe (for an impressively long period of time!).

Chris Sinosich deserves a shout-out as costume designer, whose costumes were also ‘on point’ – from faucets to fairies, to an oversized chipped teacup on a serving cart (an adorably innovative way for the very cute and talented Bodhi Cutler to play the part of Chip).

Apart from a few small first night sound mishaps and timing glitches, this was a solid show with incredibly talented players. The orchestra played well, conducted by Wendy Bross Stuart (who had the challenging task of conducting both orchestra below the stage and actors above simultaneously). We’re all familiar with the story – yes it’s somewhat cliché – but something about this love story resonates (as Mrs. Potts sings warmly – it’s a tale as old as time), and for this reason TUTS’s Beauty and the Beast will truly appeal to all ages.