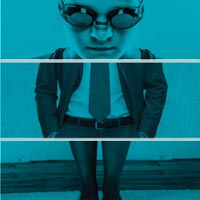 I like the idea of a Cineplex of theatre with multiple shows happening at the same time. This idea could perhaps be more fully realized in the future if there were also more diversity in the selection of plays to attract the largest possible audience. Three intense dramas may have a limited audience and leave the majority of society feeling like there’s nothing for them at the festival. But I understand and applaud one of the main goals of the festival which is to further develop emerging professional theatre artists. The performers need work which will challenge them. And the plays selected challenge both performers and audiences.

I also appreciate the use of non traditional spaces and venue- three rooms in the Italian Cultural Centre. If this venue is used for the festival again, more soundproofed rooms or rooms further away from each other would help as well as air conditioning or programming the festival in a different season.

Bull features evocative immersive staging, strong performances, and some nice moments. The script could be further developed with character and story arcs, some status changes, some likeable characters, and less repetition. The performers and creative team do excellent work to attempt to transcend this. You may wish to see one of the other shows in the festival if you are triggered by intense bullying.

As this festival is about developing local emerging theatre artists, it would be wonderful if Rumble produce and develop local playwrights as well. Awkward Stage recently made a commitment to develop and showcase local playwrights and it has been a revelation. Andrew Wade’s Titus is an incredible achievement (and can be seen at the York Theatre until Aug. 28).

Dry Land features strong performances including a brave and vulnerable performance by Anais West. The show is beautifully designed, completely transforming its non traditional space. I could see this show possibly being picked up by Green Thumb but it may be too graphic. You may wish to see another show in the festival if you are triggered by abortion or blood. I wish I knew the subject matter before I invited my guest.

The productions and performances that I saw were fully realized, strong, and challenging for audiences. Most of the population, including my guest, don’t see live theatre regularly. I believe that it is vital to produce theatre that will build our audiences. I am hopeful that future festivals will also include work that is more diverse to attract these audiences.