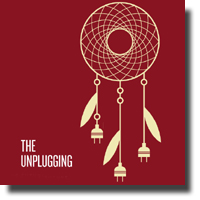 The Unplugging by Yvette Nolan

Aside from the Arts Club’s event dreamcatcher poster which adduces aboriginal elements and an ambiguous title that might convey little more than an absence of power, it’s hardly discernible that Yvette Nolan’s new play The Unplugging is basically a theatrical adaptation of a 1993 novel with the more obvious title Two Old Women about people of the Gwich'in.

In an early winter, perhaps not too distant in the future, Bernadette (Jenn Griffin) and Elena (Margo Kane) have been banished from their community to manage survival together. To survive, the pair must rely on antediluvian skills that are all but lost. Fortunately, Elena (the older woman) is able to recall enough of her grandfather’s teaching to ensure their subsistence. When they come across a deserted cabin and an adequate food source, the two women handle, even enjoy, their newfound isolation.

That is until the arrival of Seamus (Anton Lipovetsky), whose discovery of their existence threatens the bucolic life that they worked so hard to achieve. Elena is particularly suspicious of the enigmatic traveller, but Bernadette opts for a more hospitable approach and takes him under her wing. When Seamus suddenly disappears with some of their traps and food, the women fear that their resourcefulness might be their undoing.

Arts Club first-timer Anton Lipovetsky acquits himself well in the unusual role of the intrepid interloper. But it’s aboriginal artist Margo Kane and Jenn Griffin who light up the stage with stellar performances of the bodacious outcasts.

Lois Anderson brings together all the essential components to evoke Nolan’s brand of story-telling. However, I would say that the somewhat nugatory dialogue still needs work. I found phrases like “sometimes you get the bear, sometimes the bear gets you” to be particularly cringe-worthy.

Drew Facey’s attractive set, consisting of wood-framed, hand-painted movable screens evoke a woodsy façade that suggests the action takes place outdoors, whereas, with the exception of the opening scene, much of it takes place inside. Alison Jenkins’ soundscape brings a unique atmospheric dimension to a unique production that the audience is immediately aware of on entering the theatre space.

This play certainly deserves to succeed, and works best when it delivers on the irony that comes from the once vital technology that has become useless.

An Interview with Anton Lipovetsky

When The Arts Club raises the curtain on Aboriginal playwright Yvette Nolan’s post-apocalyptic The Unplugging this month, it will crown a remarkable breakthrough year for twenty-two-year-old actor Anton Lipovetsky. First, there was his original musical, the Delinquent Theatre production, Flop! – which was anything but. Then in the spring, at the Jessie Richardson Awards in the Commodore Ballroom, he bagged the Sam Payne Award for Most Promising Newcomer. This was followed by a busy summer at Bard on the Beach where he performed in both The Taming of the Shrew and Macbeth.

I first saw the Langara graduate perform in the central narrative role of Mark at the Presentation House in North Vancouver in the Fighting Chance production of Rent. That was back in August, 2009. Even in such a talented cast, he stood out as a solid performer.

Anton recently spoke to me by telephone from his home in Vancouver about his role in The Unplugging which opens on October 11th. “It’s a brand new Canadian play by Yvette Nolan, a three-hander that takes in the future. I play Seamus, a mysterious traveller who is initially treated with suspicion by the two women” he explains. I asked how difficult it might be preparing for another role immediately after a summer stint at Vancouver’s Shakespeare Festival. “Rehearsals for The Unplugging started a couple of weeks ago, so for awhile I was in Arts Club rehearsals during the day and performing at the Bard (on the Beach) in the evening.” He is appreciative of the opportunity to be part of the festival and also had praise for (artistic director) Christopher Gaze. “Bard on the Beach was great experience. Christopher Gaze is passionate about the productions and very supportive of the actors.”

Anton’s play Flop! seen at Studio 1398 early this year, was well received by audiences and critiques. However he modestly dismisses the work as a ‘one-man show.’ “I couldn’t have done it by myself. I had a lot of valuable help with putting it on. Particularly, from my girlfriend Kayla (dancer, Kayla Dunbar) and Mishelle (Cuttler), who provided terrific piano accompaniment.” He is also realistic about his current success in a competitive business. “It seems like everything has been happening at once, but I don’t expect it to be like that all the time” he declares prudently.

When I asked him about his future plans and ambitions, he didn’t want to look much beyond next year. “I’m working with a partner on a new musical based around a Vancouver coffee shop. Right now, it’s only a work in progress; we don’t even have a title yet.” “In the new year, I have a role in Dave Deveau’s My Funny Valentine at the Firehall Arts Centre.”

It looks like we’re going to be seeing a lot more of this versatile Vancouver actor and songwriter in the future.