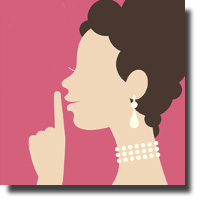 She Stoops to Conquer by Oliver Goldsmith

It was an affable age in which Oliver Goldsmith’s She Stoops to Conquer rose to public acclaim, and although centuries have since swept by, the memorable mix-ups, delicious ironies, and rare relationship blunders make it as laughable a play today as it ever was.

In Shakespearean terms, it is a comedy of errors. An inherent London style, pomp and circumstance suffuse the carriage, the habits, and the customary responses of young Charles Marlow (Luc Roderique) and his comrade George Hastings (Jay Hindle) in their trip to the countryside manor owned by a Mr. Hardcastle (Norman Browning). Hilarity ensues when Hardcastle’s mischievous step-son Tony Lumpkin (Chris Cochrane) misdirects the two travelers who have stopped for directions at the alehouse he frequents, leading them to believe that Hardcastle’s manor is an Inn they might spend a night at before they press on to their ultimate destination. So the comedy proceeds upon the initial note of mistaken identity, and it builds in intensity when Hardcastle’s daughter appears.

At the risk of sounding repetitive, belabouring the intricacies of the plot would be, well, laborious; besides, to see the play itself for the first time, even if you have already read the play or seen its film production, is to indulge in a pleasure that will leave you laughing long after you’ve left the theatre.

Luc Roderique cuts a dashing figure as the young protagonist, whether perplexed to a state of a near-apoplectic stupor while attempting repartee with young Kate Hardcastle (Jennifer Mawhinney), or in his rakish raconteur-on-the-make match-up with Kate’s alter-ego, the pretty ‘barmaid’ of Hardcastle ‘Inn’. There is an inestimable shock value to his voluble reaction upon discovering his indecorous blunder. This is an epiphany worth waiting for, and it is built up carefully and skilfully by plenty of Norman Browning’s masterfully-handled asides.

Chris Cochrane re-invents Tony Lumpkin with formidable finesse. In an admirable bit of character creation, Bet Bouncer (Christina Wells Campbell) is an idea brought to the flesh in luscious pin-up-page life out of what was a mere reference or two in the script, as Cochrane seemingly imagines her into being. Most of the play hinges on his zaniness, and Cochrane amps up the impishness.
There are few performances in this enjoyable production that are not over-the-top, but Leslie Jones is irrefutably intense in her peak performance as the irrepressible Mrs. Hardcastle. Ms. Jones hits all the right notes, whether she’s trimming her son’s sails, putting on airs for Hastings, or setting her young undutiful charge Constance Neville (Melissa Oei) in her ‘rightful’ place.

If Jennifer Mawhinney is guilty of anything at all, it is being too consummate a performer. Her Kate Hardcastle is a polished amalgam of all that is refined and rustic, a harmony of haughty humility where the melodies of simplistic rusticity mix with the dulcet tones of a delicate détente that acquiesces to assimilate. Her ‘barmaid’ dialect is disarmingly authentic in one so young, and it is not difficult to see how so subtle a thief armed only with only the flimsy apparel of appeal might stoop so low as to totally disarm her high-flying conquest.

A lack of time and space prevent further elaborations, but David Roberts’ set design is a timely use of space that merits praise, as does Rebekka Sorensen’s delicious delve into the costumes of a by-gone era, making the actors of She Stoops to Conquer poster children for the haute couture.

In a rare alchemy, Dean Paul Gibson makes Oliver Goldsmith shine, base metals and all: from ensemble to principals, to the stage crew, She Stoops to Conquer is precious, precocious and pretty darn funny!