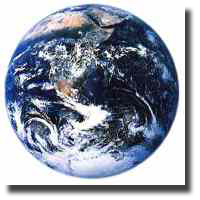 The Electric Company
You Are Very Star

The show spans three eras: 1968, at the height of the space race, present day, and 2048, a time when technology has taken over our lives. Although visually-stunning, I felt that the script needed more work.

The multi-media effects were fantastic, giving the audience a somewhat trans-media experience, transporting us first to the past, in 1968, where we see costumes and a set faithful to the space/hippie era. We are guided to the basement theatre of the McMillan Planetarium in the first part where the ambience is that of a theatre in the late 60s, as this was when the Planetarium was constructed.

Then, the intermission (2013) called "Interlude" is a treasure hunt where we are given a map to go to different areas of the planetarium and see various objects such as a jukebox, an old phonograph playing a Nat King Cole record, and a decrepit typewriter. We are given instructions on how to engage. Finally, for the second act, we are led to the upper theatre of the planetarium which looks like a futuristic auditorium. For those who have been to the McMillan, the seats here are in a slant position so when you sit, you're looking upwards towards the ceiling where images like stars and planets are projected.

The acting was quite good, and the sets, especially the futuristic ones were excellently designed. However, if you have a script that's complicated,even if it is purposely meant to be that way, using futuristic or 1960s jargon, then this could either bore or confuse the audience.