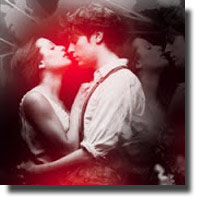 Fighting Chance Productions in association with Renegade Arts Company
Spring Awakening based on the play by Franz Wedekind, directed by Ryan Mooney

Spring Awakening is a sure-fire delight for those who enjoy watching sensuality embodied and portrayed by burgeoning relationships of the young, but it is also an energetically defiant flower of adolescence blooming to blight the face of imperious fiats dictated through autocratic social forms like parochial parenthood, stultifying schooling or reductive religion.
Themes treated by this production range widely; they are diverse and conjoined; and they are treated with a tender spirit and blithe, buoyant, relentlessly robust vitality. Pre-eminent among them are parent-child discussions about sexuality; initiation encounters of the intimate variety on a range of levels; incest; suicide; domestic abuse; homo-eroticism; auto-eroticism; unwed pregnancy; and abortion, to name just a few. These themes are handled with deft and subtle nuance through mellifluous often hypnotic music, expressive and exceptionally well-delivered songs and captivatingly-choreographed dance representations that meld innocence with maturity in a celebration of sense that is sure to surprise, satiate and satisfy even the most jaded spectator.

Director Ryan Mooney has assembled another amazingly alacritous troupe of actors, and his light touch is evident perhaps most clearly in the subtle transitions that bookend the languid lines of movement within each nimbly evoked number as string by string, the orchestral sweep of the piece pulls inexorably towards the climax leading to intermission—a climax that is both literal and figurative; and managed with great finesse to remain within the borders of good taste.

Choreographer Anna Kuman merits high praise for how well she is able to present piece after polished piece that appears so natural that it seems at once unrehearsed and as twice as harmonized with the musicality of movement ably presented by Clare Wyatt’s outstanding orchestra; and three times a lithesome lady she is, indeed, for there is not a false move in the piece.

Sarah Smith brings Wendla to life with an understated softness tendered with precision and poise. Chris Carson manages to merge tact and charm in a chameleon kind of conformity designed to mask the resolute rebel that is Melchior. By the end of the run, he may well rise to the challenge of making his audience identify fully with his defiant “Yes!” of a reply to the autocratic schoolmaster’s inquisition about whether or not he wrote the sacrilegious credo. It’s getting to that “Yes!” that proves to be so much fun! (What a fulsome number to see).

Although space does not allow for an exhaustive analysis, all these young actors deserve high praise. Missing out on this performance would be a shame.

Spring Awakening is much more than a simple coming-of-age story. In grappling with so many vital themes it not only questions authority in many forms, but it also pushes back against the autocratic abuse of that authority. Ultimately, it raises significant issues about the effects of such abuse, and this production of the play presents these issues in highly creative, truly sympathetic, and exceptionally original ways.