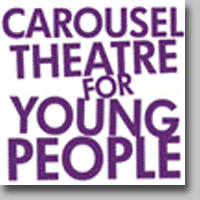 This play was adapted by Ojibway playwright Drew Hayden Taylor from the Irish play ‘Tir Na N’Og by Greg Banks who also directs it for Toronto-based Roseneath Theatre. It´s.about two youth who are caught between two worlds—the traditional ways of their Stoney Nation heritage and the modern ways of the city. The lives of sisters Angelina (Lisa Nasson) and Jesse (Rain Richardson) are changed forever when their grandfather (Brendan Chandler, who also plays the role of their father) brings them a horse that has mysteriously appeared to him.

I found this play quite enlightening, and I was quite impressed, especially the actors who are from different First Nations. They were really good. But that´s expected because these thespians are professional actors. They played multiple roles, including the spirit horse. The musician, Emilyn Stam, is a Toronto-based professional fiddler, pianist and accordionist who has performed in Canada and Europe.

During the Q and A session, they asked the audience composed mostly of elementary school children (accompanied, of course, by their parents or grandparents,what they thought of the show, and the children came up with thoughtful answers. Questions were then asked by these young adults about the actors, the set and so forth. With regard to the set designed by Glenn Davidson, the actors replied that it was functional and representational. It served for various functions. For example, the main set was used as a horse, and someone in the audience commented that it looked like a tepee.

The show is touring Canada, especially in elementary schools, and is now touring BC.