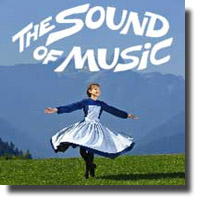 The Michael J. Fox Theatre is alive with the Sound of Music. Footlight Theatre’s Sound of Music to be precise. The Sound begins in Nonnberg Abbey, as the nun chorus, featuring the magnificent Grace Fatkin as Mother Abess, sing their Morning Hymn and Allelulia. The amount of vocal talent onstage in the opening scene alone impresses, and sets the stage (so to speak) for what is yet to come.

My young guest, the Sound of Music’s self-proclaimed biggest fan, couldn’t help grabbing my arm in excitement when the opening notes of the show’s title song began and we were privy to the majestic sight of Maria (played by the likeable Bree Greig) twirling and singing in the Alps – which set designer Marshall McMahen has somehow managed to recreate onstage. It is this joy-inspiring moment that reminds me why the Sound of Music is still the most internationally produced musical in the world.

Steve Maddock gave a very strong performance as the stern yet likeable Captain Von Trapp. Helen Volkow was a crowd-favourite as the housekeeper Frau Schmidt. Alison Wright and Tyson Coady had plenty of on-stage chemistry as Liesl Von Trapp and Rolf, and their rendition of “16 going on 17” was one of the most delightfully choreographed and well performed numbers of the show. The hilarious David Blue was the perfect choice as mischievous Max, and Carolyn Bergstrand offered an aloof and chilly performance as the Baroness von Schraeder who hopes to wins the Captain’s heart (and money). Bergstrand’s body language and attitude had me disliking the Baroness and looking forward to her downfall before she even spoke a word.

The talented youth cast are what made the show truly memorable. Jeffrey Wallace (Kurt), Michael Wilkinson (Friedrich), Aubrey Maddock (Marta) and Sierra Brewerton (Louisa) couldn’t have offered better performances. 11-year-old Michelle Creber, who you may remember as Annie from Theatre Under the Stars’ 2009 production, added a delightful new dimension to the spunky Brigitta that I had never seen before. It was six-year-old Alyssya Swales that stole the show, and the heart of every audience member, with her portrayal of the youngest Von Trapp, Gretl, in a performance that can only be labelled as cuteness personified. The youth roles are double cast, with twelve talented child actors sharing the parts of the six youngest children. While the highlights of the show were when the kids were onstage, I found myself looking forward to their exits just to see which matching curtain-inspired outfits Christina Sinosich would dress them in for their next entrance.

Some actors only appeared on stage as a certain character briefly but managed to leave an impression – Shannon Hanbury delighted in her walk-on role as Hilde, a young postulant, and Katherine Kelly-Driscoll was hilarious as the zealous Frau Schweiger.

The climax of the show takes place at the Salzburg Festival, where the family performs for what they think might be their last time together, under the watchful eyes of Nazi soldiers. Myles McCarthy was terrifying as Herr Zeller, and the tension created in the second act was thick. I haven’t felt that emotionally invested in a show in years. Numerous actor entrances and exits through the aisles made the audience feel even more involved in the show. The talented band, conducted by Michael Creber, was powerful, but the strong voices held their own and were not drowned out as sometimes happens with a live band.

Opening Night received a well-deserved standing ovation. Any 'Sound of Music' fan is guaranteed to adore this production.