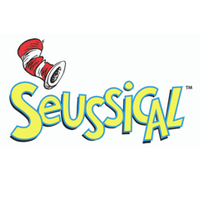 Based on the works of The Cat in the Hat (Lauren Trotzuk), particularly the episode Horton Hears the Who! this musical appeals to everyone because it caters to the underdog, the little "whos". This musical tells the story of Horton (Kaden Burgart), an elephant who discovers a speck of dust that contains the "Whos", including Jojo (Jessie Chan), a Who child sent off to military school for thinking too many “thinks.” Horton faces a double challenge: not only must he protect the Whos from a world of naysayers and dangers, but he must guard an abandoned egg, left in his care by the irresponsible Mayzie La Bird (Sydney Mason) . Although Horton faces ridicule, danger, kidnapping and a trial, the intrepid Gertrude McFuzz (Emma Watson) never loses faith in him. Ultimately, the powers of friendship, loyalty, family and community are challenged and emerge triumphant.

Although meant for children, this rhythmic musical is meant for all ages. Young and old appreciated the effort put in this seussical musical , another rhyme honouring the legendary Dr. Theodor Seuss Geisel, who wrote and sold millions of books based on Cat in the Hat.

The musical had its debut in Broadway in 2000, then the West End in London, and later in various regional theatres. Performed by a hearty young cast of actors, mostly children and young adults, these thespians gave their all. For a production composed of amateurs, this was indeed a success, and the audience on opening night were enthused by the energy of these actors who sang, danced and entertained us.