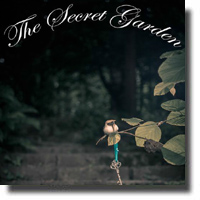 Growing up, The Secret Garden was one of my favourite books. I used to pour over the pages, imagining what it would be like to be Mary Lennox—so alone and wild of heart—and to discover something so amazing as a secret key to a secret world. So when I saw that Exit 22 was putting on the musical adaptation of the book, I jumped at the chance to go watch it.

The play opens with a flourish of rhymes and dancing, yet quickly transforms in to a tale of tragedy as death claims the house of Mistress Mary (Kaitlyn Yott). Parentless and alone, Mary is shipped off to England, where her first night is nothing if not terrifying. The featured song, "I Heard Someone Crying," is haunting, and effectively introduces the audience to a majority of the cast, while setting an emotional tone of melancholy and dread.

One of the more unique aspects of this adaptation is the use of ‘dreamers’ (i.e. ghosts) that follow Mary and her Uncle Archibald (Frankie Cottrell) around. These characters, dressed in white, are often seen standing behind windows and frames. This adds a complexity to the story, forcing the viewer to take note of who is dead and who is not—something made difficult by the tendency of the living to wear light colours!

As the story unfolds, Mary—a dour young lady--begins to explore life as a carefree little girl. She takes up skipping and makes friends with the lively character of Dickon (Darren Adams), who teaches her to speak to a robin in "Show me the Key." Meanwhile, Archibald continues to battle with the memory of his wife, Lily (Sherry Freeman)—an emotional addition to the story that isn’t as dominant in the literary version.

At the end of the first act, we are treated to a charming battle between Mary and the little boy Colin, portrayed by the talented Elyse Maloway. A storm begins to brew, brought to life by the chaotic dance and song of the dreamers, and culminating in Mary’s discovery of the hidden garden door.

The second act starts on a lighter note, highlighted by one of my favourite songs of the play, "Wick." The piece--amicably sung by Adams and Yott--speaks to the ability of plants to revive and thrive, and draws clear parallels to the main characters in the story. Of note, Yott does an exquisite job of expressing the evolution of Mary’s character. With a lovely voice and infectious presence, she is an absolute delight to watch.

As Mary prepares to unveil her garden, Archibald attempts to escape his ghosts, leading to a transformative and beautifully sung duet between Cottrell and Freeman. This wasn’t the first instance that I was struck by the talent of Cottrell, whose portrayal of Archibald is raw and expressive, successfully capturing the kaleidoscope of emotion that the character requires.

The set is thoughtfully laid out, allowing for ease of transition between manor rooms and garden. With stairs connecting either side of the stage, the design also allows for interesting, layered dynamics to unfold. While there were some issues with sound, this did clear up, and as always I was thoroughly impressed by the orchestral performance.

Having never seen the musical adaptation of The Secret Garden before, I was surprised by the complicated approach to this classic. Despite being a child’s tale, it may be difficult for younger audiences to digest, particularly within the complexities of trauma, jealousy, and sorrow. That said, The Secret Garden is truly a story of love and rebirth, reminding us of the importance of companionship, positivity, and of course--magic.