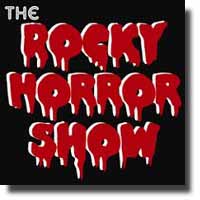 The Rocky Horror Show, as a play, was a production that I was curious about. How could a cult classic movie that was so rich, colourful, and intense be brought to the stage with the same degree of energy and audience delight that made the original so popular? Fighting Chance Productions has pulled it off with its imaginative and playful rendering of the original story line.

It is easy to see why Ryan Mooney is an award-winning director, as he leads the talented cast through the story of an out-of-this-world character and his minions engaged in creating a model human. Their accidental encounter with a young couple spotlights the twisted nature of their interpretation of humanity, while ironically showing how accurate this interpretation can be, as Brad and Janet discover aspects of themselves that they’ve never imagined. The choreography, costumes, and talented band are the technical catalysts in this successful production. Kudos to those responsible.

However, all of this could have fallen on its face if it weren’t for the actors. They absolutely made the evening! From moments before the play began, when they mingled with the audience, identifying Rocky Horror “virgins” and distributing (for a modest price) fun packages that allowed us to participate in aspects of the play, the phantoms had us in their spell.

Throughout the show, their energy and talent were a colourful backdrop to the individual performances of the main characters, as was the input of the nameless narrator. Erika Thompson (Janet) and William Hopkins (Brad) were wonderful dorky fruit, ripe for the picking by the more sinister characters. Ray Boulay, a weird and subtly mysterious Riff Raff, deceived us masterfully with his lovable charm and devotion to his boss. Jessica Bryn was a superb bitch as the sinister Magenta, always maintaining a most negative stance, regardless of the situation. Kelli Ogmundson was truly fine in her sympathetic portrayal of Columbia, showcasing both her acting and singing talents. Steffanie Davis shone as Eddie and Dr. Scott. Her impeccable timing as Dr. Scott had the audience in stitches.

This brings us to Rocky, himself, played by Hal Rogers. Beyond his exemplary physique, necessary for the role as a model human specimen, Rogers had plenty to offer as the newly-minted innocent on a steep learning curve, showing a blend of empty wonder, naive hurt and shock, and delight in new experience.

Finally, there can be nothing but praise for Seth Little’s characterization of Dr. Frank-N-Furter. Everything about his performance - his stage presence, expressive delivery, and fine singing voice - had the audience enthralled. It must be said that his was not the only excellent singing voice in this production. It was a pleasant surprise to hear such rich and talented voices throughout the production by all involved.

I recommend this production of The Rocky Horror Show. I went, a bit tentatively, to see a stage rendering of a cult movie classic, and ended up at a party! That’s why I call this a must-see.