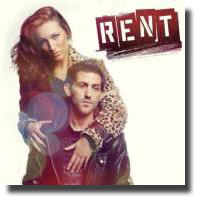 After a successful sold-out 2009 run at Presentation House in North Vancouver, Fighting Chance Productions returns with a new take on Jonathan Larson’s Tony Award winning musical. Some extremely creative staging and a new perspective gives the production an entirely new feel from it’s 2009 incarnation, even though a few cast members returned to portray their original characters. The set is simple, but serves multiple purposes as characters sashay, climb, and even drum against its metal piping.

Larson’s inspiration for RENT came from Giacomo Puccini's opera La bohème, which explored how tuberculosis affected a group of young people in the late 1800’s Paris. One hundred years later, Larson set his musical in New York City, and replaced the tuberculosis epidemic with AIDS. He also incorporated many events from his own life in New York, including his girlfriend leaving him for a woman. RENT is definitely a show that everyone should see at least once, as it explores the frailty and uncertainty of living day to day with a serious illness, and the stigma that can come along with it.

Craig DeCarlo and Emily Canavan have great chemistry as Roger and Mimi, a new couple scared to share their baggage and secrets with each other. Hal Rogers was a definite crowd pleaser as the feisty Angel, and his costume changes were a personal highlight. Fighting Chance veteran Cathy Wilmot may have had one of the smallest speaking roles, but still managed to steal the show with her powerful vocals in Seasons of Love. Nicole Smashnuk is also delightful as Mark’s Mom, a character who only appears while leaving her adult son voicemail messages.

The plot revolves around supporting those with HIV/AIDS, and Fighting Chance Productions took the opportunity after the show to collect funds and awareness for the Vancouver Friends for Life society, a non-profit organization that enhances the lives of those living with serious illnesses.

RENT has been extended until August 18, so be sure to take in this fun musical before it’s gone. There’s No Day But Today.