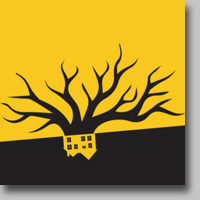 A comedy that leans a bit to the darker side, by Tracy Letts, 2008 Pulitzer Prize awardee, it is the story of a pill-popping, sharp-tongued, cancer patient, matriarch, Violet Weston (Cindy Peterson), her three daughters (Alaina Holland, Katherine Morris and Samantha Silver) and their father, the family patriarch Beverly Weston (Fred Partridge). It was adapted for film in 2013 with Sam Shepard, Julia Roberts and Meryl Streep in the leading roles, and nominated for several Academy Awards and Golden Globes.

It´s a long play.Three hours long with two intermissions, and uses a lot of F words and other profanities. But it´s a powerful play and talented director Ryan Mooney did a great job directing these 13 actors.

The first act was a bit boring. The actors were probably just warming up and as I was sitting at the back, I could hardly hear what they were saying. However, it picked up dramatically in the second act. The dinner scene held the audience´s attention, especially when Violet Weston stood up and gave a powerful speech. Peterson did a fabulous job in this scene.

The third act was typically a denouement, reminding me of Albee´s Who´s Afraid of Virgina Wolfe? It was the kind of play where you´d feel cathartic when you walk out of the theatre. It´s a show worth watching.