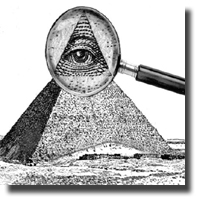 Theatre West Van
Murder on the Nile by Agatha Christie

Originally written as a play by Agatha Christie entitled Moon on the Nile, but obviously the author didn’t feel the title was sinister enough for a crime novel, so it was changed to Death on the Nile. Now it is universally staged as Murder on the Nile.

Part of the fun of a “whodunit” is listening and watching for clues that provide the opportunity to engage in the process of deduction along with the protagonist. While Theatre West Van’s stage adaptation is slightly shorter, it retains much of the charm of the original and still gives the audience the chance to solve the puzzle before it eventually enfolds through the narrative.

After Simon Mostyn (Michael Ward) throws over his fiancée Jacqueline de Severac (Bethany Stanley) to marry wealthy heiress Kay Ridgeway (Alana Schober), Jacqueline meters out revenge by stalking the couple on their honeymoon. When the jilted fiancée turns up on the same passenger steamer ship and Kay ends up dead, Jacqueline becomes the prime suspect. But is her complicity all too obvious? What about some of the other bizarre passengers who appear to have mysterious connections to the Ridgeway family?

William Smith (J.D. Dueckman), a cynical socialist who seems to have nothing but scorn for the nouveau riche could be a possible suspect. Then there is the embittered foreigner Dr. Bessner (Anthony Dodd), or Louise (Tasha Verdi), the suspiciously covetous maid – or perhaps even the “devoted” husband?

This ensemble of off-the-wall characters was propounded by excellent performances in the lead roles. Brian Hinson did a superb job as Canon Ambrose Pennefather. The churchman turned amateur detective, whose moral compass seemed to have had a geomagnetic reversal, displayed simultaneous elements of disparagement and empathy. Alana Schober was stellar as the quintessential spoilt rich girl and Delia Hughes added colour to the role of the class conscious dowager, Miss ffoliot-ffoulkes - too bad she couldn’t always get her lines straight.

Ann Booth’s well constructed set of the common area of a paddle steamer is certainly evocative of time and place, and Linda Jackson’s clothing comes across as authentic for the period.

Agatha Christie often enjoyed poking a sardonic stick at social prejudices. So don’t be alarmed if the dialogue is not exactly politically correct – it’s all a deliberate part of the fun.