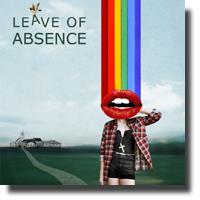 “I have been absent.” These are some of the final words of Father Ryan in Lucia Frangione’s latest play, Leave of Absence, and they represent Frangione’s own sense of our society’s neglect in taking care of our youth, a theme she executes brilliantly in this production.

It’s very satisfying to see the world premiere of a play, as you are given a chance to evaluate a performance unburdened from previous opinion. Though Frangione is no ‘newbie’ to the theatre scene (having 25 plays under her belt), Leave of Absence admittedly took some time to digest, as it features pretty difficult subject matter.

The play is centred round a 14-year-old teenage girl at Catholic school who has heard the voice of God, a priest who has not, and the young girl’s vivacious single mother. Martha, a well-meaning teacher and Leap, played expertly by Craig Erickson, round out the 5-actor cast. Karyn Guenther is featured in this production as Blake, a young girl who is bullied at school because of rumours that she is gay, as well as her awkward spiritual maturity. She does not fit in, and the wide-eyed Guenther successfully entices and traumatizes the audience with her vulnerability in this role.

Blake confides and speaks candidly with Father Ryan, played by Tom McBeath as a sort of flat, calm, holy man in the first act, whom we witness changing throughout the play. The sexually-charged and intensely spiritual conversations Blake lays on the priest are unlikely and uncomfortable, and McBeath plays the part with many exhales and hand wringing. I couldn’t help but notice his initial flat, innocuous calmness was indeed reminiscent of many of the priests I’d experienced going to Catholic Church.

Frangione herself plays Blake’s mother Greta, gregarious and unabashedly emotional. She does her best to protect her daughter, but ultimately represents a distracted, lacking figure in Blake’s life and eventual destruction. In the midst of Blake’s hardship at school, Greta reveals that Blake’s father is Leap, a hard-knock, masculine, and hygienic Russian who has recently lost his wife. Oh, and Greta is in love with Father Ryan à la Thorn Birds, a nice dramatic meatball on top of it all.

But the drama is secondary, even tertiary to the action on stage. Erickson exudes personality on stage as Leap, and Guenther steals most scenes she appears in. The actors and their intensely thematic subject matter really made this show what it is. Unfortunately, it was clear at first that this performance had some growing pains in the first 30 minutes or so, but eventually hit its stride, the actors ironing out most particulars and idiosyncrasies in the script. And Frangione’s overlapping script can be distracting and confusing at times.

Pacific Theatre is the ideal setting for this controversial play and its hard-to-chew subject matter, as it has tackled countless tough themes in the past. Apparently many theatres were wary about producing the play for this reason, prompting Frangione to state that “if theatres don’t address this issue we leave it to the politicians, the pundits, and the propagandists.”

Though uncomfortable, I approve of this play’s intentions in tackling these issues. Pacific Theatre’s Artistic Director Ron Reed recalled words from Frangione’s previous play, Espresso – “the espresso – she’s life. Quick, black, bitter in the mouth. Don’t expect sweet. Don’t add milk to take away the strong.” These are wise words to consider if you are planning a night out to enjoy this performance! Yet, Frangione is using this play to ask us why and where we have been absent, and how our youth are slipping through our hands. These are valid questions, and very worthy of our consideration.