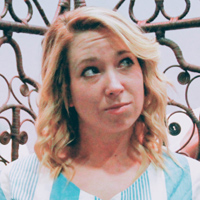 What a funny show! The matinee audience last June 18th were laughing, and some even screaming from delight, as these actors, especially Bryce Paul Mills (Leo Clarke/Maxine) and Dann Willhelm (Jack Gable/Stephanie) did their comic routines playing both male and female characters in this comic farce..

Ken Ludwig is a master of comedy, and if you have actors who can deliver his punch lines effectively, then you've got the audience hooked. And that's what happened in last matinee's performance. The other actors were also very good and delivered their lines with precision and timing: Michelle Collier (Florence Snider), Nicolas Dyke (Butch Meyers), Diana Harvey (Audrey), Jamie Ives (Reverend Duncan Wooley), Pat McDermott (Doc Meyers) and Samantha Silver (Meg Snider).

Most of the actors are regulars with White Rock Players. I've seen Mills in many panto shows playing Dame and Wilhelm in a few musicals. I remember Pat McDermott in Odd Couple. Kudos to director Helen Embury and the production staff, especially the pristine set by Dave Carroll and the fabulous costumes by Amara Anderson and Kevin Kriesz.

If you're in the Surrey/White Rock area, you've got till Canada Day July 1 to come and see the show. It'll be worth more than the money you'll pay for.