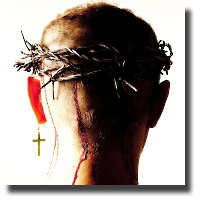 Pound of Flesh Theatre, in association with Pacific Theatre and Neworld Theatre with Rumble Productions
The Last Days of Judas Iscariot by Stephen Adly Guirgis

Stephen Adly Guirgis' The Last Days of Judas Iscariot, directed with splendid timing (at least for the first act) and an appropriate light touch by Stephen Draper, is set in an improvised courtroom somewhere in Purgatory, brings back the most consequential people from around 30 AD in Jerusalem: Pontius Pilate, Simon the Zealot and Mary Magdalene. Modern historic figures like Sigmund Freud and Mother Theresa are called to testify as expert witnesses.

The premise here is the re-examination of the case of history’s most infamous betrayer Judas Iscariot and whether he should be finally condemned to Hell for all eternity. Representing the Kingdom of Heaven is the comically euphuistic Yusef El-Fayoumy, played with brilliant ineptitude by Marcus Youssef. On the opposite side, representing Judas is the comely Fabiana Aziza Cunningham, whose psyche is a perfect counterpoint to her flamboyant adversary. Katharine Venour, whose character would seem to have the almost impossible task of defending Judas, may have the toughest role in this mounting. Her lines offer little opportunity for lighter moments; having to play it straight against a parade of ludicrous characters. Bob Frazer is electrifying as a catatonic Judas. In his intense second act scene with Todd Thomson’s Jesus, he stuns everyone by angrily accusing Jesus of abandoning him – rather than the other way around.

Some fourteen actors play twenty-six parts; some taking on three or four roles. Among the secondary roles, Marci T. House has attitude to spare as the trash-talking Saint Monica. If ever I need interventional help, she’ll be my go-to saint. The always consistent Dawn Petten is exceptional in both her roles: Gloria, the angel with tainted wings and a rather sagacious Mother Theresa. Her characterization of Mother Theresa was deftly exaggerated without condensing her to a caricature. Michael Kopsa portrays Satan with a swaggering arrogance in a dark Gucci suit. Kopsa takes Satan from slick and charming to dark, angry and callous.

On the downside, Director Draper never manages to continue the smart pacing of the first act. During Ron Reed’s laboured confessional monologue as jury foreman Butch Honeywell, I started looking at my watch. A pity really; Reed’s stirring soliloquy - it was directed at Judas, but he wasn’t listening – was passionate and well performed, but offered little payoff in terms of the story, except a partial attempt at a conclusion.

In this potent mix of comedy, drama and pathos, Guirgis’ play evokes much thought-provoking discussion. With no less than five theatre companies having a stake in this production, it’s a credit to a talented cast and crew in achieving such a polished performance.