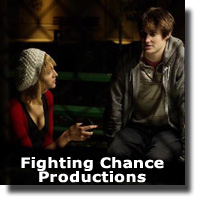 The Laramie Project by Moises Kaufman & The Tectonic Theatre Project

A jam-packed Havana and a standing ovation at the end of a 2.5 hour show was the aftermath of another successful delivery of this controversial play under the directorship of Ryan Mooney. Despite the inclement weather, it was a soldout show. "Great show", "wonderful actors" were just a few of the comments heard during the two intermissions of this play that could have easily withered into a boring tirade of interviews if it hadn't been directed and acted properly. However, the pacing was good, the variety of interviews mixed with music and instrumental accompaniment kept it interesting from the beginning of the play till its conclusion.

Members of New York's Tectonic Theater Project under Moises Kaufman had gone to Laramie, Wyoming after the murder of a young gay man, Matthew Shepard, in 1998, and conducted more than 200 interviews. The play re-enacts the chronology of Shepard's visit to a local bar, his kidnap and beating, the discovery of him tied to a fence, the vigil at the hospital, his death and funeral, and the trial of his killers. The play mixes news reports as actors portraying friends, family, cops, killers, and other Laramie residents describe the events in their own words. A film version of the script starring Peter Fonda as well as a Studio 58 production here in Vancouver was done in 2002 .

I spoke to Mooney before the production and he commented that the reception so far had been really good with audiences appreciative and moved emotionally by the play. This production has caught media attention particularly because of the Westboro Baptist Church in Kansas which planned to protest the show. Fighting Chance Producions had countered with an "Anti-Hate Vigil " which was staged at the Havana last Friday the 28th.

12 actors play multiple roles portraying, family, friends, media, and Laramie residents in this production. In the matinee show I attended, I observed that these actors were very natural in their portrayal; they felt at ease with the accent of that particular region of the US, and portrayed their parts professionally. They came onstage with no fanfare whatsoever, as though theywere part of the audience. As they entered, they spoke to each other casually, taking their different places on a bare stage (except for a few chairs and a couple of raised platforms at each end of the stage), while the audience was also finding their seats. The delivery of lines was almost conversational which went well with the intimate atmosphere of the Havana. At the end of the performance, the members of the cast gave a sample of an epilogue being prepared by Tectonic to update the project and to put the finishing touches to the script.

There is still a lot of racial and gender discrimination happening in the world today and I'm glad plays of this nature are revived to put greater awareness to the fact that we're all human despite our color and gender. Hopefully, human beings will be more tolerant of each other as the world is getting to be more of a "global village", using Marshall McLuhan's phrase..