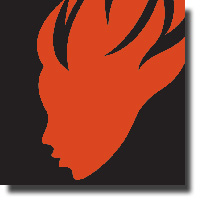 Although the men's Gregorian chanting of the Agnus Dei was a bit off-key, the two singers Shannon Chan-Kent and Christine Quintana salvaged the chant as they sang in their operatic voices at the upper stage balconies. What was innovative about the production were the use of the revolving stage and the break-off of the fourth wall. The actors continued their dialogues as the stage revolved which was something unique, and the actors coming in and out and climbing the auditorium's balcony, breaking the traditional proscenium's fourth wall, was something else. The only difficulty here was we had to turn around several times to see the action behind us since we were sitting in the orchestra area.

The set design by Pam Johnson was extraordinary: dfferent layers of platforms leading to the top platform which converts into a revolving stage plus the backdrop that converts into a cross when the scene changes from castle to church. The sound design by composer Alessandro Juliani gave a foreboding and eerie effect to the play.

I won't be surprised when the Jesse awards night is celebrated next year nominating and awarding this production with several awards, especially Best Direction and Best Production.

Shaw pokes fun at the French and English in this play, as he does as a satirist in many of his plays and writings. He also shows how Protestantism arose due to practices of medieval Catholicism such as the Inquisition.

I think that in his later years, just as any human being feels as the end of life approaches, he started withdrawing from the mundane and thinking of death, martyrdom and the afterlife. And St. Joan was just that: his last masterpiece written in a religious vein. His ashes were scattered around the statue of Joan of Arc in his garden when he died at the ripe age of 94 in 1950.