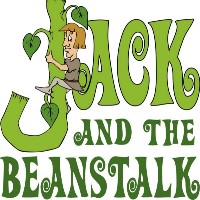 Wonderful panto! This is one of the best pantos I've seen in years. Michelle Gaetz (Jack) was perfect for the role of our hero in this panto. Her singing and speech projection was clear and lucid. Dann Wilhelm (Fleshcreep) was just right for the villainous role. The audience of mostly kids enjoyed booing and hissing at him. Deanne Ratzlaff (Vegetable Fairy) was funny with her leek wand. Silly Billy (Samantha Andrews) enjoyed every time the audience said "Hello, Billy!" to him.

The kids who composed the chorus ensemble were likewise terrific as they danced and sang. Kudos to Artistic Director Mike Balser, Choreographer Carol Seitz, Music Director Tim Tucker, Producer Lyn Verra-Lay and the production staff for all the hard work you put into this fabulous panto.