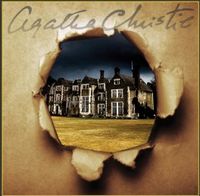 I guessed wrong again with this "whodunit." Christie is such a clever mystery writer that she knows what the audience will guess, and in the end, the audience members are mostly wrong.

Director Joe Hinks did a marvelous job. The pacing and the stage composition of the play were executed well. The actors were also fabulous, delivering their lines flawlessly with the British accent (and Scottish for the detectives from Scotland Yard): Alison Schamberger as Lucy Angkatell, playing her part extraordinarily well as the eccentric lady of the house, and whom most of the audience suspected as the killer but wasn't; Paul Fisher as Sir Henry Angkatell, exuding with naturalness an aristocratic air; Megan Couch as Henrietta Angkatell, another suspect the audience thought of; Keara Barnes as Midge Harvey, very comfortable with her role;Connor Ruther as Gudgeon, the butler, perhaps a suspect because of the saying, "The butler did it".

Then there's Eric Biskupski as Edward Angkatell, again, a suspect; Serena Bickerstaff as Doris, the maid, with her cockneyed accent well pronounced; Joshua Knight as Dr. John Cristow, played just right--an unloveable character; Gerda Cristow, his wife, played just right for the role by Marie Strom; Alexandra Wilson as Veronica Craye, the actress, dressed for the part; and of course the police, Eric O’Connor as Inspector Colquhoun, and Lucas Simon as Det. Sergeant Penny (he forgot to tuck in his shirt in one scene).

The set design by Tracy Chernaske was exquisite, and reflected the ambience of the 1940s. Costume designer Sean Ullmann produced costumes of the period to the T; and Caroline Davies' Lighting and Sound effects were just right for the mood of this mystery play.

Kudos for another successful Agatha Christie production by Metro. This is the third time this play was produced since Metro first opened in 1963.