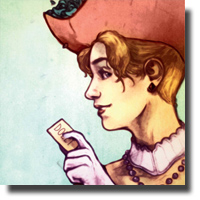 Exit 22 rounds off their season with style and pizzazz as the graduating students of Capilano University’s Musical Theater program sing and dance the night away in Hello Dolly! While the name may conjure up memories of Barbara Streisand or Louis Armstrong’s hit, seeing the theatrical production live was something else altogether.

The story revolves around the iconic Dolly Levi, a vivacious woman adored and sought by all for her expertise in pretty much everything. She is known most of all as a matchmaker, however, and the production focuses on this as she travels from Yonkers to New York in an effort to meddle in the lives and loves of all those who cross her path – including herself.

What I appreciated about this production was the energy with which the actors infused in to their characters. The play involved impressive choreography, which was almost perfectly executed, as well as some big musical numbers and tongue twisting script. Though the ensemble was a bit quiet at times, perhaps due to physical exertion and/or audio levels, the group songs were entertaining to say the least. Stephanie Davis as Dolly was spectacular. The part, I imagine, is not an easy one to pull off, as she fluctuates between personal reflection and outgoing antics while being featured in numerous musical numbers.

While many of the actors put on an impressive performance, I most enjoyed the scenes involving the talented duo of Alex Nicoll and Caleb Di Pomponio portraying shopkeeper friends Cornelius and Barnaby, respectively. Their physical comedy and telling facial expressions along with some fancy footwork (especially on the part of DI Pomponio), was an absolute delight.

Though the main theme of the musical is love, it touches on many subjects, from fools and money to women’s rights. Perhaps one of my favourite songs (aside from Hello Dolly of course) was It Takes a Woman, which features the men of the play singing about requiring a ‘delicate’ and ‘fragile’ woman to shovel the ice, fix the plumbing and ‘to bring you the sweet things in life’. The irony that these men, especially the staunch business man Vandergelder, end up falling for some pretty strong-willed women was not lost on me.

A couple of last highlights involve the human train (literally) that was created to transport the inhabitants of Yonkers to New York and the eye-catching costumes and props.

While Hello Dolly! does not usually rank high on my list of musicals, this production of it was entertaining, and received a well-deserved standing ovation. This is a family friendly show, though it’s quick script (at times) and subtle innuendoes may be lost on younger audience members. I would recommend viewing to fans of the musical theater genre, especially if you have a soft spot for Dolly Levi and her meddlesome tricks.