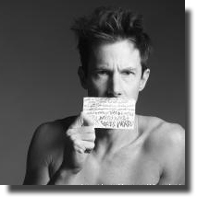 There've been many production interpretations of this Shakespearean classic, and most of them have been contemporary. This obviously is 21st century contemporary with the use of high tech gadgets but most of all, hitting on the social and poltical issues of the day: gay marriage, transgenderism, bisexuality and gay pride.

In the 60s, the style was the beatnik Richard Burtonish Hamlet with all-black turtlenecks. I played Hamlet in this style in my university days. Today, with cell phones and ipods and ipads, that is the way to play Hamlet. A bit controversial, but even Hamlet was controversial in Shakespeare's days.

Acting-wise, this was an A+ production. Studio 58 graduate Jonathan Young got a standing ovation and cheers for his Hamlet. What impressed me with this actor was his naturalness. He owned the lines and played the role with ease as though he were a contemporary teenager with his teenage up and down moods. Bill Dow's villainous Claudius was also tops. Dow's strong voice kept the audience focused. Richard Newman's Polonius gave some comic relief to this bleak play. He was faithful to the babbling charlatan Shakespeare meant him to be.

There were two issues, though, that bothered me about this production. I didn't like the opening and closing scenes where Christopher Gaze introduces the play and we see Hamlet lying down beside him, and later, Ophelia comes in her night gown and lies down beside Hamlet. Likewise, I was bothered by the last scene where Hamlet "resurrects" and sits on the throne. These aren't in Shakespeare's scripts.

The other one deals with the transgender issue. I don't mind if this were an adaptation, then the adapted play could take liberties. But if a director wants to do Shakespeare, the characters have to be Shakespearean, and thus, Horatio and Rosencrantz should be male and not female. If Shakespeare meant it to be a male/female role, well that's fine, but what the playwright does in many of his plays is disguise women as men, as in the case of Viola in Twelfth Night.

In these past 17 years that reviewVancouver has been reiewing Bard on the Beach, Christopher Gaze's vision of a Shakespearean Festival in Vancouver has grown by leaps and bounds. And the vision keeps on growing.