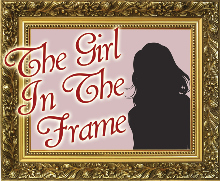 Intimate Theatre Productions
The Girl In the Frame by Jeremy Desmon

The Girl in the Frame is Jeremy Desmon’s phantasmagorical musical comedy about everyday couple Alex and Laney, who just might have been engaged to each other for too long. Of the play’s four character’s, two are figments of fantasy.

When, on the event of the fourth anniversary of their engagement they decide to do something special, their plans for a romantic evening end badly. Laney (Robyn Leigh Johnson) suddenly flies off to Madrid to resolve an urgent business problem, leaving Alex (Joey Herbison) alone, frustrated and feeling sorry for himself. He begins to gaze longingly at the model in the sample picture in the store-bought photo frame given to him by his fiancé. As his imagination runs wild, he conjures up a scenario that would have “Evelyn” (Synthia Yusuf), the beautiful girl posing “mid twirl” in a white cotton sun dress replacing Laney as his girlfriend.

Phantasm can be a powerful thing in a fertile mind. When the eidolon steps into his life, Alex finds her not only beautiful, but a gourmet chef and a genius at ScrabbleTM (when the girl of your dreams is only an illusion, she can be imbued with as many talents as desired). When Evelyn disappears, her place is taken by Tomás (Paul Almeida), an eidolon of Laney’s making who emerges from the pages of her fire-fighters calendar.

The physical comedy really gets revved-up in the second act that kicks off with the ensemble song “One Big Happy Family.” Evelyn returns to complete a carefree foursome. Alex finds in Evelyn everything that Laney is missing, while Tomás appears to have everything Alex doesn’t – even a horse!

The four actors work hard to engage the audience and despite having to overcome some weak dialogue manage to pull the show out of being just ordinary. None of them are gifted with great singing chops (Ms Yusuf is perhaps the exception), but they’re good enough to handle the minimum key changes of Desmon’s light-weight tunes. Yusuf and Almeida combine in what is likely the musical highlight with “What can you do” where they poke fun at Alex and Laney’s lack of romantic gumption.

First time director Julie Tomaino, a former rockette at New York’s Radio City Music Hall, is able to fall back on her dance experience to choreograph the actors range of movement around the small stage. Wendy Bross Stuart, visible at stage left, provides stellar solo piano accompaniment on all ten songs that serve to drive the story forward.

Kim Rosin’s set of Alex and Laney’s under-furnished apartment shows guile with a minimum of resources, but the hand-painted screens and appurtenances seem to take up too much space on such a small stage.

Judging from The Girl in the Frame, Jeremy Desmon is better at crafting tunes than writing straight dialogue, which I feel is a work still in progress. The narrative has some serious chasms. For instance, in the first act, many of the couple’s issues derive from Laney’s demanding job and extreme use of her mobile phone, yet, in the second act this factor is not in evidence at all.

The play does have a simple message, albeit obtusely delivered: fantasy is fun, but only actuality is truly tangible, and in spite of obstacles, genuinely satisfying.