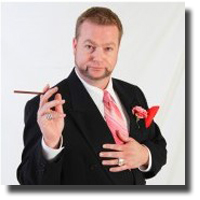 Comedy troupe Queer Arts Society has been doling out their special brand of homocentric comedy for audiences both straight and gay for ….. well, a couple of years now. In their latest sketch show, the Don, played by Vancouver TheatreSports Associate Director Pearce Visser is stepping down as local mafia king in favour of a (hopefully) younger, more creative improviser.

Pretenders to this powerful position must be able to acquit themselves effectively in the arena of improvisation. Speaking in rhyming couplets and three word sentences are common constraints in the comedy-on-the-fly routines that these part-time artists must perform on a cue given by a member of the audience.

What would a sketch show be without musical numbers? The cast, with the help of a willing (and remarkably adroit) member of the audience and pianist Matt Grinke, delivers a rousing second act piece of musical theatre about a couple of rival Davie Street pubs.

For me, the most engaging performer of the night was Julia Stretch who turned up in a small black dress. She shared one skit with Sarah Dawn Pledge that lampooned a Rock Hudson-Doris Day movie – and she played the part of Rock Hudson. Aaron Essex, whose day job is in customer relations, showed some promise as a singer, but his comic timing still needs work.

The problem (if it is one) with the improvisational format is that it requires talented ‘quick-on-their-feet’ performers who don’t over-think the funny stuff and a responsive audience eager to be a part of the show. The second element was certainly there in abundance – the first, frankly, not so much.

Despite moments where the show was in your face funny, I generally found the humour irreverent and so evanescent that a couple of hours later I could scarcely remember any of it.