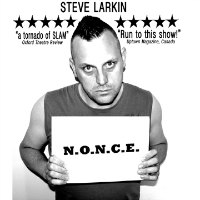 This spoken word performance explores Steve Larkin’s real life experiences as being “the feared p-word” in a prison full of murders and sex offenders – no, not a pedophile. A poet.

Larkin not only describes his experiences working as poet-in-residence at a high security men’s prison, but also how this position impacted his personal and professional relationships outside of work. The performance was full of dark humour – with Larkin admitting he found himself hoping his clients were “just rapists” and not pedophiles. I learned that N.O.N.C.E. means “Not On Normal Courtyard Exercise” and was written on the cells of sex offenders to alert guards to keep them separated from other prisoners for their own safety.

My favourite part of the production was the final ten minutes, when the audience realized that while we were busy judging Larkin and the characters he was telling us about, he was concurrently challenging our own assumptions and stereotypes. It is a rare show when you leave having learned more about yourself than about the performer, and for that reason I would recommend N.O.N.C.E. as one of the fringe productions that shouldn’t be missed. 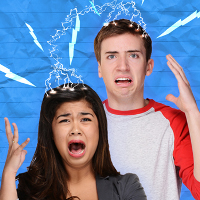 “High School was never this mental!” This pop rock musical was a great combination of Freaky Friday and High School Musical and the perfect production to bring the entire family to. Awkward Stage Productions impresses yet again, with a polished musical theatre performance featuring only youth cast and crew. While the story is based around popular jock Kyle and smart overachieving Natalie accidentally swapping bodies, it really delves into the deeper issues around popularity and acceptance within high schools. The supporting cast were just as strong as the lead roles – indeed, some of my favourite performances were by the background actors who had the fewest lines. Changing Minds transported me to the hallways of a Disney Channel TV show, and was definitely my favourite performance I was lucky enough to take in this week.

Awkward Stage Productions is a not for profit charity and society that provides real life performance and production opportunities to youth in that “awkward” transition from childhood to adulthood, and features youth performers, musicians, technical crew and production assistants. 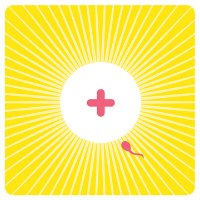 This “reproduction production” was dubbed a must-see for anyone who has ever given birth, or been born, so I figured I fit into at least one of those categories. When the audience walked in, we were treated to a stage set up as a gentle nursery, with a photo/music montage playing of mothers and babies to set the scene. I was expecting a humorous tale of pregnancy woes, but I was surprised that Dionne’s tale was an emotional roller coaster that had many audience members reaching for tissues to wipe tears from their own eyes.

Dionne admits she never had that ticking biological clock urging her to have a baby, but when plans to adopt a child fell through, she found herself entering the world of fertility treatment. It is difficult to believe, but when Dionne finally gets the good news she is pregnant, she is also given horrible news: she has cancer.

While Dionne’s story was, at times, heartbreaking, she kept up a good sense of humour – at times referring to her baby as an “alien”. I wish there had been more material about her first few months with her eventual “alien” bundle of joy – perhaps that will be the basis of next year’s show! 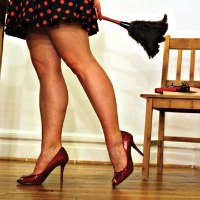 This original work, written and performed by a Vancouver woman living in NYC, is essentially about a woman obsessed with her shoes. McLeod bemoaned women who make fashion choices like flip-flops to work, or uggs and pajamas to the grocery store (both of which, I admit, may have struck home) and explored the self-confidence that a sexier shoe style can bring us. I can’t say I care much about shoes myself (I see them as primarily a means to get around) but McLeod’s words seemed to be ringing true with many female audience members.

I really enjoyed how McLeod included a history of the high heel (did you know they were originally created for men?) and it was entertaining to see how passionate she can be about her footwear (she is the only woman I know who will admit to an accidental orgasm in the shoe department!) McLeod explained what the “high-heeled life” is like – from purposely turning male construction workers’ heads for fun, to feeling wounded when another woman complained her shoes were too noisy.

The performer made several choices that further endeared herself to her audience – not only was she on stage from the moment we walked in to take our seats, she also paused the production mid-way through to pass around a box of chocolate. I found myself checking out the footwear of others and wondering what their choice said about them, though McLean reminded us all not to be quick to judge until we have walked a mile in the other person’s proverbial shoes. Overall, I enjoyed this quirky romp through another woman’s shoe collection, and admit I am considering breaking out the high-heels for the first time in years. 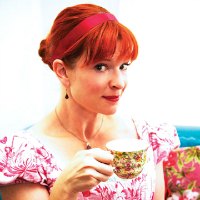 Based loosely on a Jane Austen novel, Promise and Promiscuity is a delightful musical romp. Kiwi performer Ashton adds plenty of local references – setting her production in 18th century “Vancouvershire” near the terrifying “East Hastings Grove.” The characters even dine on “Timothy Hortons” while main character Elspbeth (played, not surprisingly, by Ashton herself) is pressured to find a husband before she becomes an old maid.

Ashton plays multiple characters, all on stage at the same time, yet her creative use of mannerisms and speech impediments make it clear which character is which. The songs were the highlight, crammed full with pop culture references (though some sadly went unrecognized by the older audience members).

Perhaps the most entertaining portion of the production was when Ashton invited (forced?) some audience participation. While main character Elspbeth was careful to keep her ladyparts (ankles) hidden, I would definitely recommend Promise and Promiscuity as a fringe attraction that should not go unseen. 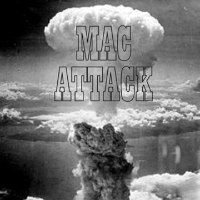 Put simply, Mac Attack was not what I was expecting. The preview explains that the main character has a history of conspiracy theories that have forecast numerous atrocities, however I felt this wasn’t really explored much in the production. The play started off innocuously enough, with Teevo inviting his good friend over to visit his house – which happens to be in a bomb shelter. After some heated conversation about the friend’s current dating relationship, the duo realize they are locked in together for the foreseeable future. It is hard to discuss the play without giving away the underlying premise, but the show’s rating surprised me, as I didn’t notice any nudity or overly sexual/violent content. I found the show to be more philosophical than I was expecting. It explored the themes of sexuality and choices with the most basic of sets, and while I wish it would have fleshed out the character’s backgrounds a bit more, it gave the audience an interesting snapshot in time of a predicament the two main characters found themselves struggling with. 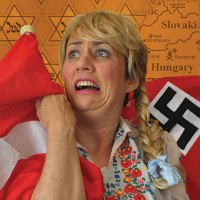 I really was drawn to this performance based on the performer’s biography alone: Her father was a Holocaust Survivor. Her mother was a member of the Hitler Youth. Who wouldn’t want to see her legacy about growing up in that diverse home?

I was expecting a light-hearted humorous account, but not surprisingly, Roman’s childhood was not quite that simple. She outlined not only how her father’s experiences impacted him and led him to tell tragic bedtime stories and reprimand her for wasting food, but also the judgements and accusations her mother had to face as a German woman. She also explained how her parents eventually separated, despite their best of intentions to build a life together. Roman explains that as the child of a Holocaust Survivor and a Hitler Youth, “I embody reconciliation. My parents, not so much.”

Roman ironically details her experiences dating a “white supremacist” and her frustration when she encountered a group of protestors compared President Obama to Hitler. She brings unique insight and humour to serious issues, and for that reason alone this production is worth seeing.