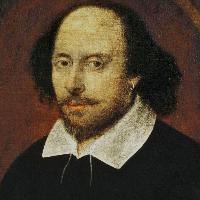 Veteran actor and teacher Rodger Barton hosts a smorgasbord of Shakespeare’s quotations, monologues and orations as well as a few anecdotes from his long stage career. Barton starts his one-man show reminding the audience just how frequently we all quote Shakespeare without actually realizing it in common idiomatic language.

Barton spews out lengthy speeches from the numerous Shakespearean roles he has played, such as: Bottom from Midsummer Night’s Dream, Henry from Henry V and Constable Dogberry from Much Ado about Nothing. This master of the proscenia seems to take great pride in delivering a word-perfect reading of the Duke of Gloucester’s monologue from Henry VI Part 3 – the longest soliloquy in all of Shakespeare.

Barton certainly isn’t shy about name-dropping, enthusiastically relating his experiences performing with luminaries like Maggie Smith and Peter Ustinov. So, who should go and see his show? Well, really anyone who enjoys Shakespeare’s plays. If you’re one of those yet to be convinced of the Bard’s brilliance, then this show probably won’t sway you – but you might enjoy Rodger Barton. 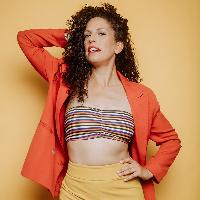 The title of Rita Sheena’s artful, semi-autobiographical theatre/dance piece comes from Leonard Cohen’s cynical masterpiece from his 1988 album “I'm Your Man.” Sheena’s choreography dovetails exquisitely to Cohen’s songs that include: “Who Shall I Say is Calling,” “You Want it Darker,” “If it be your Will” and “Famous Blue Raincoat.” The performer shows beautiful movement around the stage, interpreting Cohen’s music to imaginative dance syntax.

It’s not Cohen’s original recordings we hear in the audience, but that of Johanna and Kiara Söderberg, who form the Swedish duo First Aid Kit – which is fine. My only objection with Sheena’s performance is when she talks (or sometimes shouts) in duplicating the lyrics, she is noticeably out of sync with the vocal track. The result is mildly irritating, since the performer’s voice is incompatible with that of the recording artists.

I really believe that this show could be developed into a full blown theatre piece, providing Ms. Sheena allows the choreography to tell the story.