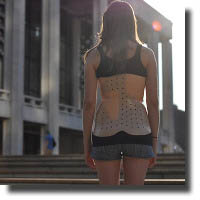 Who is that chick with the plastic corset? High school kids can be notoriously detached towards fellow students deemd to be outsiders. When Lauren, an average cheerful thirteen-year-old, is “condemned” to wearing a back brace to correct a spinal curvature caused by scoliosis, she is convinced that it will bring a permanent end to her high school social life. But with the support of Mr. Cooling, a sympathetic drama arts teacher, she manages to find her niche and embarks on a journey of self discovery.

Former Vancouverite Rebecca Steele gives a tour-de-force performance in her single-handed autobiographical show. In addition to playing the protagonist, she shifts skillfully between roughly a dozen other roles which include: her perennially patient mother, a gawky wannabe boyfriend, a motley trio of well-intentioned doctors and a dead-on impersonation of Holly Golightly (Audrey Hep¬burn’s character in Breakfast at Tiffany’s).

With only a simple folding chair and the axiomatic brace as props, Ms. Steele is able to bring a tear to your eye as well as a smile to your lips. I’ll be disappointed if Braced is not voted among Pick of the Fringe. 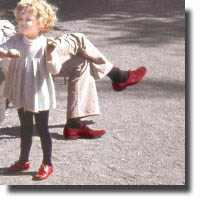 Confessions of a Fairy's Daughter

Alison Wearing and her two brothers (one younger, one older) had a normal happy childhood. She lived in a comfortable middle-class home in Peterborough, Ontario nurtured by two loving parents. That was until she reached twelve-years-old when she learned that the family dynamic was to be changed forever. Despite being a loving husband and doting father, Mr. Wearing was becoming more conflicted by his ambiguous sexuality.

Alison had always realized that her father was different to other dads. He enjoyed baking croissants, wearing silk pyjamas around the house, and conducting imaginary symphonies. But when he came out of the closet in the late seventies, homosexuality was far less understood by the global community than now. The experience of having to deal with her father leaving the family home to live out his alternate lifestyle was obviously too much to ask of a sensitive adolescent. For many years after, Alison “kept her father in the closet” preferring to spin outrageous stories about her “straight dad” running off with a twenty-year-old girl.

According to her story’s timeline, Alison Wearing is probably in her mid-forties. Though, with a slender figure and shock of brown curly hair she looks at least ten years younger. As part of her multi-media set-up Wearing resorts to a classroom projector and tripod mounted screen awkwardly located near centre stage. I personally found the display of family still photographs more of a distraction than an aid. Wearing is a natural story-teller with an exceptional talent for expression and movement. I would have preferred to see the performer using more of the stage.

Wearing has subsequently come to terms with her father’s sexuality, realising that perhaps there was really no reason to hide the truth after all. Confessions of a Fairy’s Daughter is a wonderful coming of age story – can’t wait to read her book. 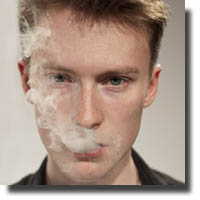 The Fringe Program describes this show as “intense.” Well, full marks for truth in advertising. Playwright Step Taylor looked for inspiration for Model Wanted from an actual event that took place in Saint John, New Brunswick. A teenager hard up for cash agreed to pose for photographs for cash and beer and wound up sticking the older photographer with a sharp object.

The movement switches unevenly between Loretta’s home, where Ross still (reluctantly) lives and Jordan’s studio. Both locations are set up on stage in constant view. The action in Loretta’s home takes place over a couple of days while the action in the studio is sub sequential and occurs in real time. Ross is the only character who is required to move between sets and necessitates agility and refocusing from Jesse LaVercombe.

LaVercombe deserves kudos for his performance of the churlish Ross who is on stage for the entire seventy-minute duration. His scenes depicting the uneasy relationship with Shepherd-Gawinski are particularly unnerving. Kayla Deorksen is worthy of special praise for a natural character performance as the trash-talking Joy. 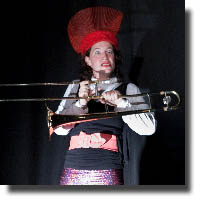 The Last Show You'll ever See

The title is really tongue-in-cheek, acknowledging the show’s central theme of a pending apocalypse. The performer’s “medley of endings” demonstrates her musical accomplishment. However, her rendition of the Skeeter Davis song “The End of the World” has the audience calling for less.

Despite an apparent obsession with the world’s end, Foster is hardly a doom-monger. Her heightened sense of denouement is delivered with off-the-wall comedy (after all it’s essentially a clown show). Foster’s energy is certainly infectious, though often lacking in nuance. I did, however, enjoy her quirky impersonation of a loquacious flight attendant directing the audience in what to do should the apocalypse occur during the performance.

Pitching such oblique schtick can become wearing after a while and Foster seems to run out of steam about two-thirds through her sixty-minute performance. 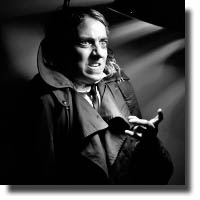 Each year at the Vancouver Fringe Festival, it would seem that the shows that pull in the crowds are those where the audience gets an opportunity to participate. This year it’s Butt Kapinski that is creating the most buzz. At Saturday afternoon’s performance, the audience spilled over the neat rows of chairs to form an impromptu theatre-in-the-round on the stage.

Deanna Fleysher is totally engaging portraying a cynical gumshoe in the vein of Philip Marlowe and Sam Spade in her own parody of a mid-1940s film noir. Fleysher works the space masterfully, casting members of the audience as characters in her unscripted fantasy, usually casting against type and counter-gender.

Yes, it is that kind of a show with its success riding on the audience buying into Fleysher’s bizarre character performance, and the audience were only too happy to lap it up.