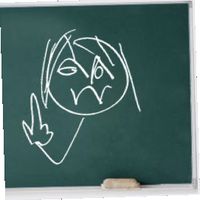 This New York actress took us into the hearts and minds of 7- 8-year old children growing in the Bronx. She plays five roles-- a teacher, a typical traditional type; and four children--a boy who is into rap; a girl who is the stereotype of the popular and glamorous girl in class, the teacher's pet; another girl who likes to dream of flying; and the main character, the under-achiever, but who is actually the most intelligent of all, yet gets blamed for everything. She uses a projector and on the screen, she acts all the parts of the children in a video the teacher wants to send to President Obama. Some moments were funny, some sad, and she acted out the different roles extremely well. It was almost a full house when I went to see the performance on the 14th, and I'm sure, from word of mouth, she'll get another full house in her last remaining performance. 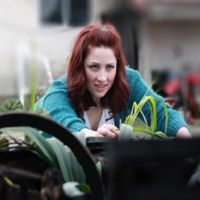 In the course of this 50-minute one-woman show, Phillips recounts her dream of becoming a Broadway star. She recreates the journey that started in childhood and stops abruptly a week before she graduates from a prestigious drama school in England. Moments after she gets the good news from her drama professor that she is getting the lead role in Cabaret, she is hit by a car. She goes through surgeries and after five years, she's back on her feet touring the different Fringes. In her programme notes, she says that this show "has become one of the most therapeutic, healing projects I have dreamed of creating." I wish her all the best in her future projects because she is indeed a talented actress in all aspects. I was impressed by her versatility as a singer, dancer and actress. 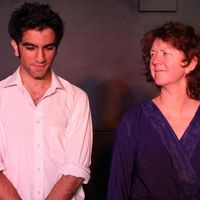 This 30-minute new work in development has to be developed more. The characterization is good, but why is the man (Haidari) so obnoxious? I think there should be a second scene because the play seems unfinished. I suggest that maybe a second scene could be developed where the woman (Noel) becomes obnoxious and the man ends up being a victim--meek and humble. The pacing is good, and the biblical parallelism is likewise a good technique. However, as an audince member, I felt dissatisfied because I didn't really know what the outcome would be. Does the woman finally give in to the man when he touches her? I feel that an appropriate ending is that she does not because of his negative character. That, in my opinion, would be poetic justice when she decides to reject him, and lets him leave her apartment. 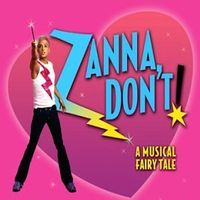 The energy of these young amateur actors surprised me. They danced, sang and enjoyed themselves as they gave a splendid rendition of this off-Broadway production which ran for three months in New York in 2002. Unfortunately, despite the sold-out house, there were just a few members of the audience who were into the show. The majority of the audience were composed of high school students from Collingwood, a private school in Vancouver. Could it be that the theme of this fairytale musical shocked them? For a conservative audience watching a show where the norm in this fairyland is being homosexual and lesbian, this could shock teenagers who are raised to be straight and totally heterosexual. But audiences differ from one show to another and I'm sure the next shows will get the audience rockin' and rollin'. 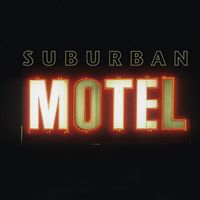 This six-play cycle is performed everyday in a hotel room that can only seat 16 people. Adult Entertainment is one of the six plays, each lasting approximately 75 minutes. When one refers to intimate theatre, this is really intimate. You're seated around a foot or two from where the actors are. In this play, you come into a hotel room, single file, and lo and behold!--two actors are making love on a double-sized bed. A cop, Max (Richard Stroh) and a lawyer, Jayne (Corina Akeson) are about to have an orgasm when the phone rings. By this time, we're all seated in this tiny hotel room space. Then, just like any Walker play, chaos and violence in this little space of a room takes place, when Donny, another cop (Sean Tyson) and his estranged wife (Rebecca Walters) show up. Director Elizabeth McLaughlin did an excellent job, and the actors were superb. Because of the limited seating, I think all shows have been sold out. 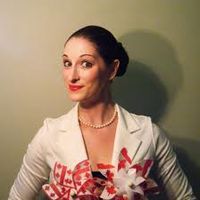 The First Canadian President of the United States by Jem Rolls

Jem Rolls who has been performing at the Fringe for more than 10 years with his faster-than-superman monologues, has now come up with an alter-ego, Kimberley White-White (Priscilla Yakielashek), in this fast-paced one-woman play which, in true fashion to the sci-fi theme of this year's Fringe, is the President of North America (a combined Canadian-American-Mexican country) run by the Chinese. The year is 2084 and she has a computer chip in her head and downloads whatever her lover/speechwriter Roger Cash inputs into it. This parody takes a poke at the Palin-style Republicans, and Yakielashek does an excellent rendition of this future first woman President. 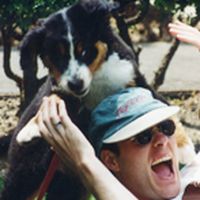 Based on a true story about his dog Libby, Grady did a fabulous performance in last Sunday's show. He had the audience laughing in the beginning, and crying when he closed his 55-minute monologue. It takes a good actor to hold an audience's attention for this long, and he did it. I was surprised to read his programme notes. A truly accomplished person--a scriptwriter and a ballet dancer. He danced with our own Ballet BC. This is a show worth going to, and you'll get your money's worth laughing and crying. 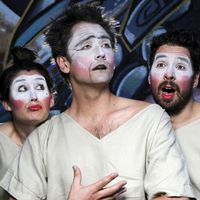 Temple of Khaos: A Modern Myth

In an online interview with co-writer and actress of this play, Amy J. Lester, she commented: "We are all talented and wildly different from each other on stage and when the show clicks alongside Khaos- each of us shine and the audience can't help but love our idiots trying to tell a story." . Indeed, the three actors in this play were talented, but they wasted their time writing an idiotic and silly play. In fact, some members of the audience walked out in last Sunday's show.. There was nothing funny about the idiocy of these actors; actually, I found them corny. But this is the Fringe and all plays, whether good or bad, are welcome. And this was one of the plays I would rate as 4 out of 10. 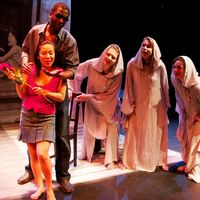 She Has A Name by Andrew Kooman

Directed by Stephen Waldschmidt of Burnt Thicket Theatre (Calgary), this powerful play reflects the human trafficking of young girls in Bangkok. The actors were superb and the mise-en-scene was near excellent. Pacing was very well executed in this 90-minute production. In the director's programme notes, he states: "The story haunts me...It's also a story that I don't really want to hear." Here we are in North America concerned about consumerism while the third world suffers from starvation and exploitation. I witnessed this when I taught in Thailand a few years back. You go to downtown Bangkok and you have prostitutes manipulated by pimps, and what is disgusting is that young children as young as six are victims to human trafficking. You leave the theatre with an empty feeling, a feeling of how evil our world really is. 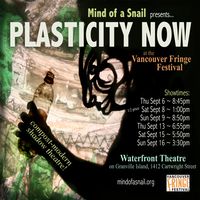 These two puppeteers from the Sunshine Coast gave a creative performance. It was something unique. I know about shadow plays, the Bali ones in Indonesia which are literally shadow performances, or the traditional Punch and Judy shows from England, but combining both of these traditions made this show truly unique. The show which was scheduled to last 45 minutes ended 10 minutes before on purpose so Gabriel and Ziner could explain their methods and answer questions from the audience. So they did that, explaining that they picked up all kinds of plastic garbage and turned it to something useful for their show. I commend and recommend this show, not only because of the underlying message of protecting our environment, but more so, the creativity of these two artists.