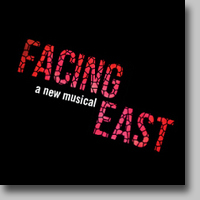 This musical is an adaptation of the play written by Carol Lyon Pearson. The original book and lyrics were created by Mark-Eugene Garcia and composition by David Rigano. I think this should have been left as a play and presented as a play instead of adapting it into a musical because of its thematic nature.

I'm not criticising Garcia or Rigano, nor am I pointing a finger at director Ryan Mooney and the actors Jesse Alvarez (Andrew), Francis Boyle (Alex), Matt Montgomery (Marcus) and Mandana Namazi (Ruth). The play was well directed, well-acted and well-sung.

However, tragedy doesn't suit musicals. Musicals are supposed to be happy, entertaining and spectacular, with a lot of joy, dancing and gaiety. But since Sondheim came up with his revolutionary concept that musicals can also be tragic, in the past decade or so, composers and musicians have followed suit and small companies, particularly the off-Broadway ones, started producing small-scale musicals with a small cast and tragic themes.

I guess I still belong to the old school of musicals being wholesome entertainment rather than tragic melodramas like this one dealing with a Mormon couple faced with the suicide of their gay son. Musicals like this will gain attention to a small group but not to a wider audience. But I must commend Rooney and his company for experimenting with a show like this.

He's had more success with the big musical hits like Cats and coming up next season, Chorus Line which I'm sure will sell out fast.