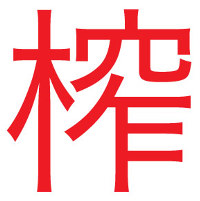 Theatre Conspiracy’s Extraction is a socio-political documentary theatre piece written by Tim Carlson and performed in both English and Mandarin. Extraction examines lives transformed by China’s staggering growth and the deep carbon footprint left in Fort McMurray. The show’s central themes are chronicled through personal anecdotes and vignettes that reveal some challenging issues proffered by the three ‘non-actors.’

Jimmy Mitchell, who is fluent in Mandarin, spent many years in Taipei as a journalist and put time in at the Canadian pavilion at the 2010 Shanghai expo. Sunny Sun, originally from Inner Mongolia, is a software engineer and admits that even now she “doesn’t get” English jokes. Jason Wilson is the only one on stage with some previous acting experience, thanks to a minor recurring role on North of 60. Wilson is Dene, though spent his formative years in Skeena country. He worked as a safety officer in Fort McMurray, but may have been too conscientious for his own good. The performers had the benefit of reading their lines from a video-prompter projected behind the audience.

The show is certainly different and full of surprises, including an unscheduled intermission when the fire alarm sounded. This is the first time that I ever recall the audience being asked to leave their mobile phones ON. The reason, as it turned out, was so that the audience could participate by texting either “Y” or “N” to a variety of lifestyle questions.

In spite of the serious subject matter, there are moments of humour. Mitchell is especially colourful in his impersonation of some Chinese government officials. The former diplomat also claims an acute sense of irony in repeatedly quoting Deng Xiaoping’s timeless phrase “Zhìfù guangróng” (to get rich is glorious).

Adrian Muir, Conor Moore and Cindy Mochizuki combine to create simple, yet effective staging, comprising of a stepped platform that almost takes up the entire stage floor in front of a roughly 12 foot by 20 foot multi-media screen.

Musicians Ron Samworth on electric guitar and banjo and Randy Raine-Reusch on guzheng and percussion provided an arresting incidental soundtrack.

Having once been employed in the resource extraction industry in Fort McMurray and also having worked as a teacher in the Chinese city of Harbin, Extraction was a ‘must-see’ for me personally. Although, it would also appeal to anyone who might be cynical of big government and big corporations – which likely means everyone.

At the end of the show, the audience witnessed the announcement of the winner for the $60,000 Rio Tinto Alcan Performing Arts Award for 2014 presented by the company’s director of government relations, Richard Prokopanko to Western Front New Music for Music from the New Wilderness.