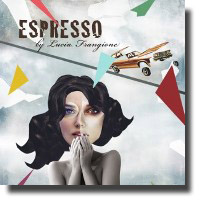 Espresso is Lucia Frangione's semi-autobiographical redemption play. Originally premiered at this same theatre back in 2003, it was subsequently nominated for several Jessie Richardson Theatre Awards. The play is essentially a demanding performance piece with elements of Catholic mysticism, unrequited love and a family vigil that begins with a serious car accident and ends with a fatal cup of espresso.

It’s not just Lucia Frangione and Robert Salvador, the two performers who seamlessly swap characters and switch gender that must step up to the challenge, the audience also has to bring their A-game. There is little in the way of costume change to help the audience; they have to rely on the actors’ voice modulation and posture to identify the myriad of characters.

Ms. Frangione delivers a master class in creative characterization. She also provides the audience with an opportunity to laugh (or at least smile) at her eccentric characters. Not through comedy, but through artful dark humour. Robert Salvador gives a charismatic performance as Amante, particularly in the provocative tango scene. While there is a strong suggestion that Amante is presented as a simulacrum of Jesus, Salvador’s portrayal should hardly be seen as blasphemous.

Stancil Campbell’s chimerical set, that includes a hospital gurney, imaginatively splits the stage between indoor and outdoor precincts. Two tilted, multi-paned windows built with exaggerated perspective help create the facade, with one having water cascading onto it to mimic rainfall.

The requisite attentiveness and percipience to this production definitely has its reward. I hope Vancouver theatre-goers don’t have to wait a further eleven years for another taste of Espresso.