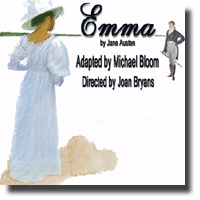 While Jane Austen’s novels exemplify fine storytelling with memorable characters and unexpected plot twists, they also offer her incisive observations about the dynamics of class and gender in the England of her day. This was a time when the “better” sort of women were supposed to marry for money, not for love, and where tremendous social pressure was brought to bear not to marry “beneath” one’s station.

Emma follows this pattern, with a noted difference. Often, in Austen, the female lead keeps to the ethical high ground but, in Emma, our protagonist has a penchant for sticking her nose into other people’s business, with the result that she sabotages a close friend’s courtship with an upright farmer who is “not good enough” for her, and makes sport of a rather garrulous middle-aged spinster who has little to live for beyond her limited social life. In this case, it is her male companion, Mr. Knightley who serves as her conscience and critic, eventually causing her to revise her behaviour, though in the process he comes to acknowledge his own shortcomings.

In the last half of the play, with many social comings and goings, suspicions arise as to who is in love with whom, with Emma fearing that Knightley has eyes for Jane Fairfax and Knightley fearing that Emma has eyes for Frank Churchill. However, it all ends amicably with Harriet reuniting with Robert Martin, whom she had originally spurned at Emma’s insistence, and Emma marrying Mr. Knightly.

Metro Theatre’s Emma, adapted by Michael Bloom and directed by Joan Bryans, features a quite fine cast of amateur actors, though I must confess to being jaded by the excellent movie version featuring Gwyneth Paltrow and Jeremy Northam. While the acting is overdrawn at times, as befits the exaggerated manners of the times, there are standout performances by Nathan Shapiro as the sleazy Frank Churchill and Harry Capra as the obsequious Mr. Elton. Also effective is Emma herself (Leala Selina) and Jessica Nicklin, who plays the insufferable Mrs. Elton. Laura Luongo as Jane Fairfax has an excellent voice, as does Ms. Selina.

The sets and staging are simple but effective, and the music produces the desired period mood and assists in dissolving one scene into the next. The Metro is a very comfortable theatre, and it is quite a feat that it is entering into its fifth decade of consistent operation. Such is the power of commitment and passion for community arts!