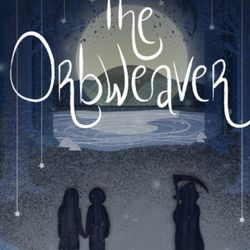 "Orbweaver" is defined in the dictionary as some sort of a poisonous spider, and it plays a main role in this play. The Mexican playwright who is a UBC graduate, writes a fairytale with the usual happy ending despite the fact that it deals with death. Mexican culture is deeply absorbed in death, as we can see from the Dia de los Muertos, a popular day celebrated on All Saints Day, November 1.

The play which is co-sponsored by the UBC Players Club had an interesting storyline and the actors who, I assume, are UBC Theatre students or graduates, did quite well in their performance which included shadow puppets, an excellent tango dance, and "magic". There was a standing ovation by an almost full house at the end of the performance and it looks like this show might sell out soon. 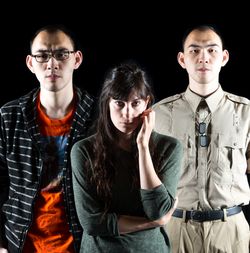 A young, widowed therapist whose husband died while on a tour of duty as a soldier in Iraq the year before struggles with her grief and with traumatic memories of the past. This is a powerful play which reflects the sentiments of many who protested against the Iraq war the same way my generation protested against the Vietnam war. The title "Dying City" referred to Baghdad.

The actors performed extremely well. I was amazed by the versatility of Garland Chang who played two roles: Peter, the homosexual, and his twin brother, Craig, the macho soldier. Christine Bortolin was also impressive as Kelly, the widow, particularly in one scene where she breaks down in tears when Craig leaves her to go to war. I can only suggest one thing: project some more. I was sitting in the front row and I could hardly hear her in many instances.

The audience was moved by the performers from the warm applause at curtain call. This play was nominated for the 2008 Pulitzer Prize, and is one of the plays in the Dramatic Works Series of the Fringe. 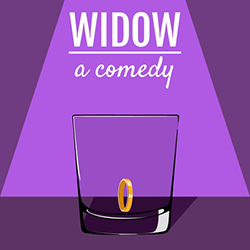 Just from the one-sentence description of this play, "A very married man tries to meet a very pretty girl at a bar while pretending his very alive wife is dead", you'd know it's going to be a comedy. I was surprised that on the third day of this play's performance, the theatre was jampacked. So I guess by word of mouth, the audience from the first two performances enjoyed it..

A lot of "f" words used in this play. Practically the second or third word of a sentence is an "f" word. But the actors were funny. Kalvin Olafson (Dwight) appeared naively clumsy as he publicly announced his love for tomboyish Amy Auchstaetter (Jennifer). Kallie Jean Sorensen showed her prowess and versatility as an actress by portraying two roles, the mousy waitres, Beth, and the indignant wife, Melanie. And the other actors Shane Twerdun, Hannah Levien, Tim Lyle, and Marcel Perro likewise did a good job and had their own quirky personalities.

This show has that typical Canadian humour to it, wry and low-keyed, but that's how a Canadian audience likes its comedies. Better buy your tickets before the show sells out. 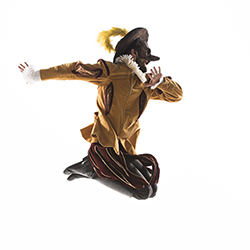 This was quite a raunchy show as these UBC theatre students did a farcical masque commedia dell’arte piece. What was interesting was the actors interacted with the audience, getting some of them onstage and improvising.

It was an all female cast except for Il Capitano (Francis Winter), and the best part of the show was the ending, some kind of a burlesque chorus line dance where all the female characters take off their masks and costumes and voila, show the audience how sexy they are.

This show might sell out soon and might most probably be a candidate for the Best of the Fringe. 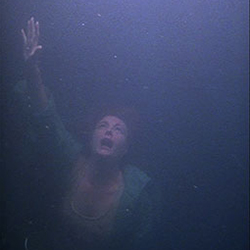 A strong cast is featured in this one-act play which was first presented in LA, then London, and recently, last year in NY. This futuristic dystopian netherworld where the internet becomes "nether" reflects topical themes of the day: pedophilia, child prostitution, and virtual reality.

You could hear a pin drop as this thriller progresses, keeping the audience in suspense as the play unravels what is real and what is virtual. I spoke to producer/actress Lissa Neptuno after the show and mentioned how current this play is, especially in the news today when a group called Creeper Chasers caught a Surrey RCMP trying to seduce a 14-year old girl.

Another show that might make it to the Best of the Fringe.