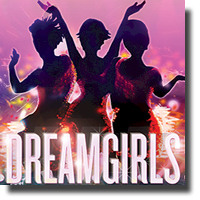 Book and lyrics by Tom Eyen, music by Henry Krieger

At times during Dreamgirls, you might have to pinch yourself to confirm you’re not actually dreaming. But soon you realize you are just one of the fortunate few lucky enough to be in on the latest and greatest singing sensation to grace the Stanley theatre in recent times. Sheila White’s costumes are as colourful and lavish as a Technicolor fantasy, and they augment and enhance Ted Robert’s exceptionally well-designed sets and create a stellar backdrop for some amazing vocals, making this show a must see for musical lovers.

The story recounts the tensions and acrimonious infighting that accompanies a rise to fame and stardom for a girl group called the Dreamettes. Beginning in the early 1960s at the Apollo theatre in New York, Cadillac salesman Curtis Taylor Jr. (Daren Herbert) becomes the manager for the three girls who would first become known as the Dreamettes and later as the Dreams. Curtis sets up his management career by arranging to have the Dreamettes work as backup singers for Jimmy “Thunder” Early (Hector Johnson). Johnson puts some nice James Brown style gruffness in his portrayal of Jimmy.

At first, the lead singer for the group is Effie Melody White (Aurianna Angelique) and the group is rounded out with Deena Jones (Karen Holness) and Lorrell Robinson (Starr Domingue). Eventually, as relationships are formed or fractured, Jimmy’s career takes a nosedive, and Curtis turns his affections from Effie to Deena. Soon he is replacing Effie with Michelle Morris (Crystal Balint) and making Deena the lead singer of the Dreams.

Much press has been made about how this play was based upon numerous Motown girl groups, most notably Dianna Ross and the Supremes. The form and feel of this Arts Club version does an excellent job of capturing and conveying the glamour and gloss of that era and those groups.

The first act continues up to the mid-sixties and ends with the knock-out number “And I Am Telling You I’m Not Going.” Ms. Angelique pitched this hot Henry Krieger hit right to the back of the sold-out Stanley Theatre, but her vocals have such sizzle that her stunning sound might still have struck them out on the other side of the West Vancouver hills. It is clear that the only reason Effie is forced to leave the Dreams is because of her ‘diva’ style tantrums, because as Angelique’s renditions of her songs affirm, she is supremely capable of leading the group.

As the Dreams solidify their pop culture status, Effie goes her own way, and after eight interesting years pass during the Intermission, Ms. Angelique offers another spine-tingling single “I Am Changing”. Movie deals and other disagreements pull apart the group. Disco dawns. Slowly, the era of the one-night-stand dies, but is ironically reaffirmed in the single everyone shares: “One Night Only.”

There are many other notable songs and a good deal of ‘behind the scenes’ drama in Dreamgirls. The entire cast of talented singers does an admirable and memorable job, but Aurianna Angelique is the dreamiest of all the Dreamgirls and her singing really does make you think that you must be dreaming.