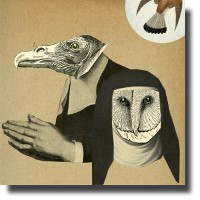 Just three years after all four main actors of the 2008 film adaptation of Doubt received Oscar nominations, I was palpably aware that the Pacific Theatre’s ensemble cast of four had pretty large shoes to fill. Meryl Streep, Philip Seymour Hoffman, Viola Davis, and Amy Adams all had Oscar nominations for their roles – and their celebrity stature coupled with significant acting chops admittedly left an indelible mark on me.

So upon seeing Pacific Theatre’s production of Doubt, it took me a little while to ignore this fact and try to observe this talented ensemble cast from an objective and unbiased perspective (the irony of the play’s central theme was not lost on me).

For anyone not already familiar with John Patrick Shanley’s Pullitzer Prize-winning Doubt: A Parable, it is a story of divided morality set in a Catholic school during the 1960s. The very strict and conservative principal of the school (Sister Aloysius) has an unshakable conviction that the younger, more progressive priest (Father Flynn) might be guilty of an inappropriate relationship with a troubled 12-year-old black student, due to a questionable situation observed and reported by a younger more impressionable teacher at the school (Sister James). Despite having no real proof, Sister Aloysius instead has “her certainty” and is unable to give Father Flynn the benefit of doubt.

Erla Faye Forsyth plays Sister Aloysius with severity, a convincingly immovable character throughout. Not an easy task, considering Forsyth had the burden of Meryl Streep’s memorable performance hanging over her. Father Flynn, played by Giovanni Mocibob, is delivered through emphatic homilies and emotional confrontations, giving a somewhat two-dimensional look at the priest’s character. Perhaps this was on purpose, as we are meant to be left without a certain answer of whether Father Flynn is guilty of the alleged indiscretion, thus a real grasp of his character and morality is meant to be guessed solely from the audience’s subjective observation of his interactions with the two Sisters. We are not even privy to his interactions with the young boy himself, casting a heavy reminder of doubt onto our own judgments of the truth.

Kaitlin Williams plays the conflicted, younger Sister James, whose meekness and eagerness for approval comes through consistently throughout the play. But the true highlight for me was Leslie Lewis Sword as Mrs. Muller, the young Donald’s mother, who implores Sister Aloysius to drop the matter. Sword, in her one-scene role, delivers an impressively convicted performance that is strong-willed, unsettling, and emotional all at once.

The set design was sparse but technically brilliant in its simplicity. Between scenes I was repeatedly amazed by the tiny tweaks that completely transformed the stage. A simple desk with an old black rotary phone established the constricted principal’s office. The phone was removed and desk was raised to become a lectern with candles, or lowered to become a bench in a courtyard. Three wooden chairs and a hidden door in the floor was all that was needed to convey a dynamic and effective change.

The play’s dialogue is a mouthful, full of double meanings and quick retorts. Shanley’s Doubt is not an easy performance, to be sure. In the end, I found all characters to be distractingly two-dimensional, though luckily Shanley’s parable rests more upon the question of moral ambiguity and how our perceptions of others result in certainties and condemnations, and puts the onus on the audience to ascertain their own truth.