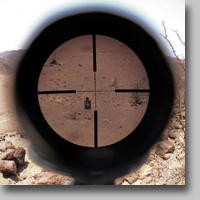 There was a standing ovation during curtain call at the April 10th matinee performance. Well-deserved for these seasoned actors--Meghan Gardiner (Helen), Mike Gill (Dean), Carmela Sison (Jenny), Donna Spencer (Frannie), Jovanni Sy (Oliver) and Alec Willows (Hank). Pity that there were only 30 people in attendance..

Walker's play is about a young ex-sniper recently returned to Canada from Afghanistan and struggling to find work. It's the same old metaphor during the Vietnam war where soldiers came back and the government didn't care less. In Walker's statement, he calls this play thus because "something that used to mean something--soldiers fighting for their country--is now irrelevant...a dead thing".

This fast-paced dark comedy was directed with precision by Chelsea Haberlin with a set depicting a battleground, as it symbolizes the war not only in Afghanistan, but the political one in Canada. Very impressive set and light design by Lauchlin Johnston. This is the first time I've seen this format at Firehall, a somewhat thrust stage giving more audience intimacy. In fact, in the second act, we become passive members of the church and the actors talk to us. Gardiner gives away campaign cards and Spencer got a warm applause after she did her monologue directed at us.

Another outstanding performer was Willows. He got a laugh after almost all his punch lines. He is a natural. Gardiner was excellent as the contemptuous politician seeking election doing everything in her power to win. Sy as her husband was also superb especially in those fast-paced dialogues, and so also were Gill and Sison who, in the last scene, kill their mysterious target.