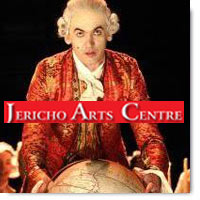 Bernard Cuffling directed this Canadian premiere with great ingenuity and taste. He manages to present an entirely enthralling play, written for a large cast and many changing scenes with about half the called for number and with minimal scenery. His use of mime, music and lighting and sound effects is brilliant.

Set in 18th-century England, the narrative takes us from the cathedral town of Gloucester and its rural environment to the seamy side of London, in an age when the lives of rich and poor differed incredibly, and human flesh, particularly juvenile human flesh, was cheap.

Illegitimate children, if they survived infancy, were as stigmatized as their parents. Children born out of wedlock were concealed and disappeared into the hands of unscrupulous child traders who either disposed of infant bodies, sold the children as cheap labour or sent them into the armed forces. These brokering men and women demanded large sums of money for their “services”.

For the unfortunate mothers who had no means of support for themselves or their infants, life became a struggle for existence. Parish relief was meagre and grudgingly administered.

Thomas Coram, a wealthy philanthropist founded a home for these ill fated children, establishing a community where the children left in its care were taught to work at everyday tasks of living and given some education, then trained for some form of service, so that they could earn an honest living and become useful members of society.

The Coram Home was supported by well to do members of London society including the composer, George Frederic Handel, who staged a performance of the Messiah in the chapel of the institute to raise money for its maintenance.

Coram Boy is a family tale of the varying fortunes of an aristocratic wealthy family, their friends, servants and neighbours and their dealings with travelling tradesmen. It is also presents a graphic picture of Georgian London, city of wealth and poverty, elegance and filth, sophistication, excess, and crime.

The music of Handel and some of his contemporaries is used throughout the performance, excerpts from his instrumental pieces and solos and choruses from the Messiah. This is achieved by the use of recordings and miming, and live singing by talented soloists, Cormac O’Dwyer, Paige Dean and Sam Rutledge. The soloists and live chorus are trained by Voice Coordinator Diana Squires. Jeff Gladstone has added some original music for the children’s songs and singing games.

The company is onstage throughout the performance, seated on either side of the stage. The scenes flow seamlessly from the Cathedral, to opulent mansion, to woodland or street scene, by the use of the upstage scrim, clever lighting and sound effects. This device also delivers a breathtaking, eerie underwater scene of a rescue of drowning shipwrecked swimmers.

There is excellent ensemble work in this company and among the large cast many talented performances. Missy Cross, as Meshak, sustains her difficult male role well. Tariq Leslie’s Otis Gardiner, transformed by his evil machinations into the London celebrity, Gaddarn, is harsh and frighteningly cruel, turning on his charm when needed. Marit McBride develops her sinister character of Mrs Lynch admirably. Grace Grosvenor and Mary Clark are charming and youthful as Melissa and Isobel.

Matthew Gray, Sam Rutledge, Joshua Ssettuba and Spenser Wallace are the choirboys around whom the story unfolds, with Kevin Parr playing the adult Alexander of the boy (Spenser Wallace).

This excellent presentation culminates in the whole cast and chorus triumphantly singing an excerpt from "The Hallelujah Chorus." What a glorious finale.