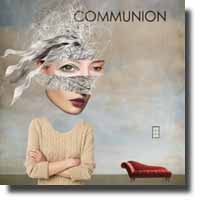 As a fan of Daniel MacIvor’s work and a frequent patron of Pacific Theatre, I was quite excited to see this new work produced by Ruby Slippers. Both Pacific Theatre and Ruby Slippers have been around for quite some time (30 and 25 years respectively), and both are veterans to the theatre scene. That being said, for some reason Communion didn’t resonate with me as much as I would have anticipated.

Communion’s story revolves around three women: Leda, her therapist Carolyn, and her daughter Annie. Leda (brought to life beautifully by Diane Brown) is a recovering alcoholic and is dying of cancer. At the play’s opening, we see her reluctant relationship with her at-once stoic then disillusioned therapist (played by Kerry Sandomirsky), then in the next act we view her tense relationship with her born-again daughter Annie (Marcie Nestman).

MacIvor’s trademark sharp, witty dialogue was delivered well by the three actresses in this production, but I felt thematically it was a bit cliché. I didn’t feel that the three women in this play were able to really demonstrate emotional connection, and I left feeling a bit detached as well. Perhaps this was the intention of Director Roy Surette, perhaps he wanted to reveal the characters’ struggle and inability to connect, while facing obstacles of client-therapist boundaries and estranged mother-daughter complexities.

Diane Brown was the undisputed heavy-weight of this production, portraying the agitated and complex Leda extremely capably. Her distraught agitation in the opening scene made me feel uncomfortable and thus succeeded in illuminating her character’s emotional anguish. Sandomirsky played the unemotional and impartial therapist well. I really felt Leda’s frustration as she navigated a seemingly unproductive, one-way engagement with her therapist Carolyn. But it felt to me a portrayal of the clichéd “how does that make you feel” impersonal therapist bit, until she offers Leda a piece of actual advice: go see your daughter.

Marcie Nestman plays Annie as a somewhat two dimensional born-again Christian, but it is revealed in small pieces how actually similar she is to her atheist mother. The scenes between Leda and Annie are tense, and results in Annie stereotypically trying to save her mother’s soul, to which Leda fights back “Love me but leave my soul alone.”

I left the play feeling no worse for wear. Though the witty banter was enjoyable as always, I felt the themes were delivered a bit thinly and there was a uniqueness and depth missing. When exploring the topic of ‘recovering alcoholic dying of cancer seeks to reconnect with born-again daughter’, there really needed to be a unique take on the story to make it interesting or special. The best part of the play for me was meeting Byron Noble (How to Write a New Book for the Bible) after the show and hearing his take on disruptive audience members. Now that was compelling.