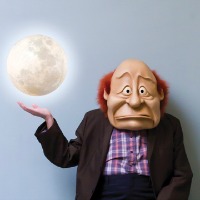 As soon as I learned this show was from the same talented people who brought us last year’s Grim & Fischer, I knew I had to see it. Anyone who has ever been lonely or longed for more will surely identify with the main character who falls in love with the moon. With a unique blend of physical theatre and puppetry, the sole performer manages to delight audience members and nearly bring them to tears. This show is sure to convert anyone who didn’t previously enjoy mask-work, as the larger than life mask somehow manages to be more expressive than most live actors. This is what results when people who grew up watching Jim Henson and Pixar get degrees in physical theatre. It is magical and needs to be seen to be truly understood. As someone who grew up reading Archie comics I may be slightly biased, but this really was one of the best shows I’ve ever seen. Red-headed “Alex” has to pick between the two girls fighting over him – the sexy brunette or the sweet blonde, when he accidentally invites them both to prom. Sounds just a little bit familiar? The show is so well-written, it is hard to believe it was work-shopped only recently by the talented local cast. It includes themes that today’s youth can relate to, and gives great messages about girl power, being true to yourself, and going after what you want, with plenty of inside jokes for those who loved the comics. I am so excited to learn this show has been chosen as a Pick of the Fringe hit – everyone needs to see this fun musical!

This was also perhaps the first Fringe production to sell full-length original cast-recording CD’s after the show. I wouldn’t be surprised if their Pick of the Fringe performance sells out in one day – this production definitely needs to be remounted again so audience members who experienced it at the Fringe can invite everyone they know to see it again. Whether by publishing the script or taking it on tour, these wacky re-imagined characters that call themselves “As American as Apple Pie” need to be introduced to the rest of North America. 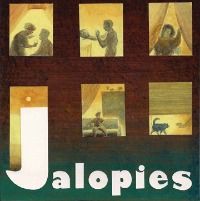 Mark Cherniack put on a charming performance in this one-man show about retirement, playing the parts of nine different residents of a Seattle area retirement home.  He developed the show after working for fifteen years in various nursing homes and assisted living facilities.  The audience primarily consisted of seniors accompanied by their children, and everyone seemed to enjoy the poignant production.  I was the youngest audience member, but still identified with the heart-wrenching decisions some of the characters had to make.  Anyone who works in a residential facility for the elderly needs to see this production, as it really examined the ethics of the decisions healthcare providers make to save money, and how these decisions impact society’s most vulnerable.   Jalopies was a semi-finalist for the 2011 Eugene O’Neill Playwrights conference and is based on real people from the Seattle area.  The show’s title refers to how society values the elderly. 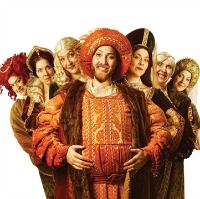 Till Death: The Six Wives of Henry VIII by Ryan Gladstone

By far one of the funniest fringe productions I have ever seen.  One-woman whirlwind Tara Travis plays every single one of Henry VIII’s doomed wives in one place at the same time.  The results are extraordinary but not quite as confusing as you’d think, because each character is so different.  Labels like “The Slutty One”, “The Bitchy One” and “The Ugly German” may not be politically correct but they do serve a valuable purpose to an audience member trying to remember who is who.   The show takes place in Heaven’s Waiting Room, where St. Peter informs all six deceased women it is up to them to decide who gets to accompany their former husband to all-inclusive “Royal Heaven” while the rest of them are banished to “Normal Heaven”.  Travis manages to stay in character even while portraying six different accents and personalities, and manages to convince the audience there really are six very unique women speaking to us at the same time.  This one is definitely a must-see – you’ll never look back on history quite the same way again.