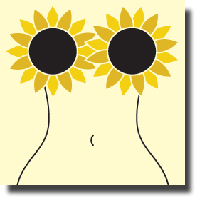 Calendar Girls is Tim Firth’s stage adaptation of his own screenplay of the 2003 film of the same name that starred Dame Helen Mirren and Julie Walters in the main roles. The film was inspired by real events.

When a group of middle-aged Yorkshire women decide to pose nude for a calendar to raise money on behalf of their chapter of the Women’s Institute for a settee (sofa or chesterfield) and have it placed in the visitor’s lounge at the local hospital, their noble goal goes far beyond everyone’s wildest expectations. It threatens to overtake the cause and even destroy the bond of friendship of those involved.

The play opens in darkness to the strains of Hubert Parry’s well known anthem Jerusalem, sung (quite well) by single mother Cora (Linda Quibell). A lit stage then reveals members of a Women’s Institute practising a nebulous form of Tai Chi in a church hall. As with many such groups, these gals frequently get together to make batches of plum jam, look at ways that they might service their community and generally enjoy the companionship.

Chris (Anna Galvin) and Annie (Wendy Noel) are best friends – usually. Currently, there is a dark cloud hanging over their lives. Annie’s husband John (Shawn Macdonald) has been diagnosed with cancer and his health is in rapid decline. When John dies about midway through the first act, it prompts Chris and Annie to produce a calendar of tasteful nude photographs of the women in their group. The women (some more than others) are initially reticent about taking their clothes off, even if, for the most part their naked bodies will be hidden behind house plants and kitchen equipment.

Perhaps of economic necessity, when the actual photo shoot takes place at the end of the first act, it only involves the six principle cast members who pose individually for January, February, July, September, October, November plus a group pose for December. What happens with March, April, May, June and August is never handled.

The stage version of Calendar Girls is more of an ensemble piece than the film, though some performances stand out. Anna Galvin is a force as the mettlesome Chris, the prime mover behind the project who only joined the Institute to impress her mother-in-law. Wendy Noel shows us all the emotions as a prematurely bereaved Annie. Kerry Sandomirsky is fetchingly sexy as Celia, but it’s Shirley Broderick as retired teacher Jessie who gets the biggest laughs when she agrees to strip, just so long as there are “no front bottoms.”

Director Rachel Ditor handles the nudity with playful bravado and manages to keep the play’s natural energy flowing even after an anticipated second act anti-climax. Drew Facey’s unique single set of the structural skeleton of a church hall with imposing arched double wooden doors and a backstage painted schrim of the Yorkshire dales is evocative of life in a small north England town.

Despite a few schmaltzy stretches, Calendar Girls is an amusing piece of whimsical comedy that the British are renowned for. A surprise ‘bonus feature’ at the end of the show had artistic director Bill Millerd introduce one of the original “calendar girls” Tricia Stewart to the cast and audience.