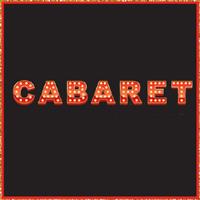 Another entertaining and delightful musical by RCMT! Continuing their tradition of presenting outstanding big Broadway musicals annually, this hit based on a book written by Christopher Isherwood is about 1931 Berlin, which is transitioning from an avant-garde cultural centre to the beginning of Hitler’s totalitarian regime.

In this world Cliff (Tim Howe) a struggling American writer arrives. On his first night in Berlin he wanders into the Kit Kat Klub, overseen by the strange, and gender-bending, bawdy “Emcee” (Andrew Cownden), and where the hard-living entertainer Sally Bowles (Lauren Bowler) performs.

These three are the main protagonists, and although Howe did a decent job as the American writer, I was wondering whether someone shorter than him couldn´t be found to take this role. He was towering over Bowler who, by the way, is not a Liza Minnelli, but she did a fabulous job with the songs, especially "Cabaret" and “Maybe This Time”. Cownden as the Emcee was brilliant in this role, and had a great rapport with the audience, especially with his rendition of “Willkommen”.