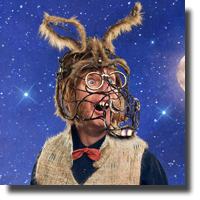 “Living the Dream” is a slogan director Dean Paul Gibson uses when describing this year’s remount of the 2006 version of Midsummer Night’s Dream in 2014 – a year that marks the twenty-fifth anniversary of Bard on the Beach. Congratulations, Bard! It is an apt slogan because Gibson has done an admirable job of breathing new life into this sumptuous, but ancient 414-year old play.

The story centres on three groups of characters: Athenians include, Duke Theseus and his fiancé Hippolyta; prominent citizen Egeus and his daughter Hermia; her two suitors Demetrius and Lysander; and Demetrius’s jilted lover Helena. Then there are the tradesmen practicing a play for Theseus’s wedding day: the man who would play all the parts, Bottom (the Weaver), Flute (the Bellows-mender), Snout (the Tinker), and Starveling (the Tailor). Finally, we have a rag-tag troupe of fairies, including the show-stopper Puck, led by Oberon (the fairy king) and Titania (the fairy queen) whose affections for her king have been displaced onto a little Indian boy she promised to care for, a conflict that proves to be potent enough to cause all kinds of comic confusion.

Lysander and Hermia elope into the forest one night to avoid an unwanted marriage between Hermia and Demetrius; Helena and Demetrius follow them; then Oberon and Puck get involved in matchmaking and a hilarious series of mix-ups ensues, which is complicated when Bottom and the tradesmen decide to practice in the woods.

Theseus and Hippolyta are played capably and with arguable elegance and dignified refinement by John Voth and Adele Noronha, respectively. But the authority of Athens represented by Theseus is less appealing than the steaming sensuality and raw charisma of Oberon as portrayed by Ian Butcher. If his excellent Maria Gottler costumes make him look like a rock star, his stage presence and the animal magnetism he brings to his role renders his Oberon one of this play’s most memorable driving forces.

Then there is that Lord of Misrule, Puck, played to petulant and outrageously impertinent perfection by Kyle Rideout. His acrobatic front rolls land him in the audience at one point and he plays from the lap of one of our city’s prominent ladies. What a send-up!

Another show-stealer is the hilarity caused by Scott Bellis’s over-the-top portrayal of Bottom. His excellent delivery of lines are one thing, but his physical comedy has to be seen to be appreciated.

Kudos to Scenery Designer Kevin McAllister for creative use of umbrellas; while Costume Designer Mara Gottler is an absolute wonder for nuanced variety in colourful ensembles, including modified designer tights, black and white striped stockings, and tell-tale ballet tutus, to name a few (Puck’s alone was comedic genius!).

Interesting choice for the Indian boy—you’ll want to see this wooden performance to appreciate it!

Midsummer Night’s Dream 2014 is worth every penny you spend. Several popular musical short bursts, like “I Put a Spell on You,” “The Sweetest Taboo” and “Sweet Dream,” to name a few, are inserted at key moments, which makes the action even more enjoyable. This is one of the savviest and sexiest performances of Midsummer Night’s Dream you will ever see.